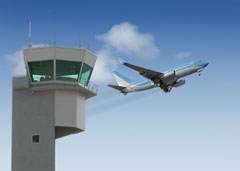 Under this contract, Thales supplied the latest version of its Eurocat system, which fuses data from comounted Thales primary and secondary radars at Windhoek Hosea Kutako International Airport as well as from WAM1 stations supplied by ERA. Eurocat also incorporates flight plan and ADS-C data into the display system.

This new configuration also enables Namibia to significantly reduce aircraft separation within its airspace while considerably enhancing flight safety at the same time. The global leader in ATM systems and civil radar, Thales has commissioned more than 160 Eurocat centres around the world, equivalent to 2,000 controller positions.