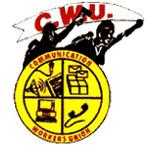 The Communication Workers Union (CWU) is objecting to Telkom’s decision to shed its 50% stake in mobile giant Vodacom, citing concerns over sovereignty, security and private ownership of telecommunications infrastructure.
Last week, Telkom announced it would sell 15% of its Vodacom equity stake to UK-based Vodafone (which already holds 50% of Vodacom) and unbundle the remaining 35% to its shareholders. The deal is valued at R22.5 billion and would clear the way for Vodacom to list.
However, CWU national treasurer Richard Poulton says the union’s main reason for opposing the deal is its wish to see Vodacom remain a South African company.
Linked to this are concerns about security, says Poulton, as the mobile provider would end up in British hands – a country which is an ally of the US.
“Our concern in terms of security is linked to intelligence, especially in view of the political developments currently taking place in SA. SA is opposed to the US invasion of Iraq, while Britain has an allegiance with the US.
“In terms of technological advances, Vodafone could thus easily listen to our conversations from its head office in the UK,” says Poulton.
No help for the poor
He also explains that the union opposes private ownership of telecoms infrastructure, due to its strategic role in the upliftment of the poor and the provision of universal access.
“We don’t see a drop in telecoms prices if Vodafone is in charge. We also don’t see the poor benefiting from Vodafone owning this infrastructure. The CWU is calling on government to increase its role in the telecoms sector.”
Poulton also slams Vodacom for its alleged opposition to unions and says the CWU plans to meet with the company to discuss this.
Meanwhile, the union has already met with the Department of Communications (DOC) and Telkom to express its misgivings surrounding the deal.
The DOC, says Poulton, has noted the union’s objections and referred it to the shareholders’ agreement between Vodacom and Telkom, which effectively paves the way forward for the transaction and does not allow for third-party interference.
However, Poulton describes the shareholders’ agreement as a product of the former apartheid government, and says it is biased towards the sale of Vodacom, while placing several operational restrictions on Telkom.
He says that, during the CWU’s meeting with Telkom, the fixed-line operator explained the deal makes business sense. Poulton concedes the sale will go ahead, despite the union’s objections