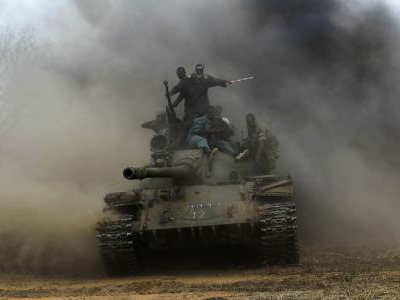 U.N. Secretary-General Ban Ki-moon on Wednesday condemned the continued bloodshed in South Sudan in violation of two ceasefire agreements and urged both sides in the conflict to halt all military operations in keeping with previous pledges.

The remarks came in a readout of a telephone conversation Ban had on Wednesday with South Sudan’s President Salva Kiir.
“He (Ban) expressed his grave concern that hostilities have continued in violation of the 23 January Agreement on the Cessation of Hostilities and the 9 May Agreement between President Kiir and former Vice-President Riek Machar to resolve the crisis in South Sudan,” the U.N. press office said.
“He stressed the need for both parties to abide by these agreements and end all military operations immediately,” it said, noting that Ban urged Kiir and Machar to meet on June 9.

The United Nations has already said that maintaining a ceasefire was crucial for efforts to alleviate the worsening humanitarian crisis in the world’s youngest country.

Fighting has killed thousands of people and driven more than 1.3 million from their homes.

Government forces and rebels, who have been fighting since mid-December, agreed a second ceasefire deal in May after the first one in January collapsed. South Sudan’s army spokesperson reported more clashes on Monday in Unity and Upper Nile states, oil producing areas that have been flashpoints in the conflict.

A senior U.N. official said on Tuesday that South Sudan can only avoid famine if the shaky ceasefire holds and people displaced by more than five months of fighting are able to return home in the next few weeks to plant crops before the rains.

Tens of thousands of civilians have been seeking protection for months at U.N. peacekeeping bases around the country. The crisis has stretched the capacity of the blue-helmeted forces, who were originally deployed to help the government stabilize the country after it acquired independence from Sudan in 2011.

As a result, the U.N. peacekeeping department has had to boost the number of troops and police and alter its mandate to make protecting civilians a top priority for the U.N. mission in South Sudan, known as UNMISS.

Last week U.N. peacekeeping chief Herve Ladsous confirmed that China planned to send a battalion of troops to join UNMISS, along with additional soldiers from Rwanda, Ethiopia and Kenya, who are expected to join the mission.

U.N. officials said this would be the first time China had contributed a full infantry battalion of about 850 troops to a U.N. peacekeeping mission. Last year China sent a smaller “protection unit” to join the U.N. mission in Mali.