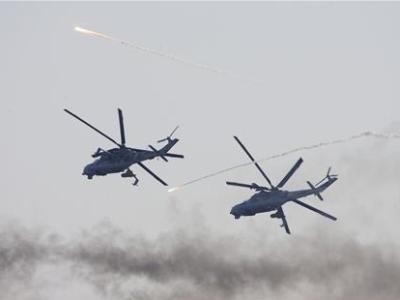 The United Nations has accused Belarus of breaking an arms embargo against Ivory Coast by delivering attack helicopters to Laurent Gbagbo, the leader who has resisted three months of pressure to quit after a disputed election.

But Gbagbo’s government denied the UN report as a “lie” and UN diplomats told Reuters on Monday that the allegation had not been confirmed. They said the accusation by Secretary-General Ban Ki-moon was based on reports he had received from the UN peacekeeping mission in Ivory Coast.
“We’re trying to figure out if this allegation is credible,” a Security Council diplomat told Reuters. “There’s a lot of confusion.”

The allegation follows a week of gun battles between forces loyal to Gbagbo and supporters of his rival Alassane Ouattara, almost universally recognised by the outside world as winner of the November 28 presidential election, Reuters reports.

Gunfire erupted close to the centre of Ivory Coast’s commercial capital Abidjan on Monday, after a week of fighting in which a northern suburb was seized by insurgents who briefly knocked out the state TV and army communications transmitter.

November’s election was meant to heal divisions sown by a 2002-3 civil war that left the country divided into a rebel-run north and government-run south, but has only worsened divisions.

The UN said the number of Ivorian refugees in Liberia had reached 68,000, with another 40,000 internally displaced.

Cocoa futures rose to a 32-year peak on Monday as fears of civil war increased. .
“The secretary-general has learned with deep concern that three attack helicopters and related materiel from Belarus are reportedly being delivered at (Ivory Coast’s capital) Yamoussoukro for Mr. Gbagbo’s forces,” the spokesman for U.N. chief Ban said in a statement late on Sunday.
“The first delivery arrived reportedly on a flight which landed this evening and additional flights are scheduled for tomorrow. This is a serious violation of the embargo against Ivory Coast which has been in place since 2004,” he added.

On Monday, however, U.N. Security Council and other diplomats said on condition of anonymity that neither the U.N. Department of Peacekeeping Operations nor the Security Council’s so-called Group of Experts, which monitors sanctions violations, could confirm the allegation.

Gbagbo government spokesman Ahoua Don Mello also denied it.
“No arms have been received in Ivory Coast in violation of the embargo,” he said. He accused Western powers of seeking a pretext to invade, as when they wrongly claimed Iraq’s Saddam Hussein possessed weapons of mass destruction.

Ivory Coast has been under an arms embargo since the last bout of serious violence in 2004, when pro-Gbagbo forces bombed French peacekeepers in the rebel-held north.

Residents of Adjame, which lies just outside Abidjan’s central business district, reported gunfire from around 0730 GMT on Monday, though it later died down. But a source at army headquarters said it was just to disperse a crowd.

However, clashes in the west have taken a heavy toll, with thousands fleeing into Liberia, itself still vulnerable.
“At the end of last week there was a huge increase so we have quite a substantial influx,” Ellen Margrethe Loj, head of the U.N. mission in Liberia, told Reuters.
“When you have more than 20,000 coming over a few days it is very difficult given the terrain, the lack of infrastructure and support. It is also putting a lot of stress on the host communities.”

The European Union has banned its ships from docking at Ivorian ports and exporters have largely followed a call by Ouattara for a temporary embargo on cocoa supplies.

Stocks of unexported cocoa at ports in top grower Ivory Coast reached 433,296 tonnes by February 7, owing to EU sanctions and a ban on exporting in place since Jan 24. .

Other sanctions have paralysed the country’s banking sector, prompting some analysts to forecast that the Ivorian economy will shrink in coming months until the crisis is over.

Major powers and most African neighbours have recognised Ouattara as president but Gbagbo has refused to step down.

As relations between Gbagbo’s camp and the United Nations peacekeeping mission deteriorate, attacks against U.N. staff by Gbagbo supporters have increased, mission chief Y.J. Choi told journalists in Senegal on Monday.
“I wonder if it is a sign pro-Gbagbo forces are losing control. It’s very worrying,” Choi said, repeating a pledge to protect civilians and the Golf Hotel where Ouattara is holed up. Gbagbo’s supporters have repeatedly threatened to storm it.