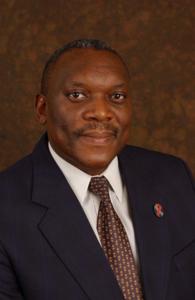 A fire in offices rented by the State Security Agency at the Durban headquarters of the SA Revenue Service (Sars) is being investigated, State Security Minister Siyabonga Cwele said on Friday. Cwele was asked about the fire which broke out on the weekend of February 11 and 12, after presenting the General Intelligence Laws Amendment Bill to an ad hoc parliamentary committee.

“The issue of the burning of the offices is being investigated,” he said. “The person who was renting us that office has given us alternative accommodation in terms of the contract. So it has got no budgetary implications.”

Democratic Alliance MP David Maynier had called on Cwele to investigate the fire and theft incidents involving the State Security Agency (SSA), the South African Press Association reported. Maynier said the fire had broken out in the domestic branch offices of the SSA – formally the National Intelligence Agency (NIA) – which shared an office block with the SA Revenue Service. “We have to be absolutely sure there was no foul play and that the fire in the State Security Agency’s office was not caused by arson,” he said.