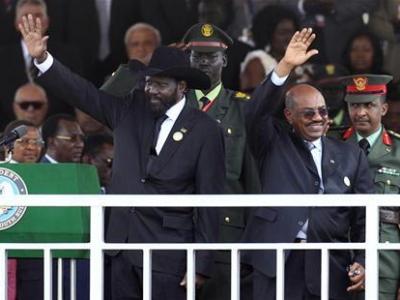 The United States and Russia traded swipes at the U.N. Security Council on Tuesday over proposed statements about peace progress in Sudan and South Sudan, with Russia’s U.N. envoy accusing the U.S. ambassador of bizarre behavior and making outlandish claims.

It was the latest in a series of tense public exchanges between Moscow and Washington, whose relations have become increasingly frosty in recent months because of disagreements over how to deal with Syria and human rights in Russia.

U.N. special envoy for Sudan and South Sudan, Haile Menkerios, briefed the 15-member council on efforts by neighboring states to implement a deal mediated by the African Union in September to resolve a conflict over oil and land, Reuters reports.

U.S. Ambassador to the United Nations, Susan Rice, said the United States had been working for the past two weeks to negotiate a broad statement by the council welcoming positive developments, but also noting areas lacking progress.
“Unfortunately perhaps in the interests of derailing such a (statement), the Russian Federation … tabled a draft statement which only discussed a very narrow aspect of the substance of the larger statement,” Rice told reporters. “We objected to the issuance of a statement … divorced from the larger set of issues.”

Rice said the proposed Russian statement did not include any reference to Sudan’s conflict-ridden border states of South Kordofan and Blue Nile, a stalled process to determine the final status of disputed territory Abyei or cross border incidents, including air strikes by Sudan in South Sudanese territory.

Khartoum has denied carrying out air strikes in South Sudan.

Russia’s U.N. Ambassador Vitaly Churkin, president of the Security Council this month, said he proposed a short statement to welcome progress made by Sudan and South Sudan in the past few days as work continued on the broader U.S. statement.

The two former civil war enemies agreed at talks in Addis Ababa on Friday to order the withdrawal of their troops from a demilitarized border zone within a week to ease tensions and open the way to resuming oil exports.
‘OUTLANDISH ACCUSATIONS’

Sudan and South Sudan then agreed on Tuesday to a timeline to restart oil exports from landlocked South Sudan through Sudan to the Red Sea. South Sudan said it will now be able to resume oil production within three weeks.
“Ambassador Rice chose to spill out to the media some confidential conversations we had today and actually did it in a bizarre way from what I hear,” Churkin told reporters.
“Trying to find all sorts of ulterior motives and come up with various outlandish accusations is not the best way to deal with your partners on the Security Council. I know it’s not a good way to deal with the Russian delegation,” he said.

Some 2 million people died in Sudan’s decades-long north-south civil war, which ended with a peace deal in 2005 that paved the way for the South’s secession. But the countries again teetered on the brink of war last April.

The latest deal to further implement the September agreement did not set a date for determining the final status of Abyei, a disputed territory that has been a perennial source of tension between the two sides.

In South Kordofan and Blue Nile states, Khartoum has accused Juba of backing rebels of the Sudan People’s Liberation Movement-North. South Sudan has denied supporting the rebels.
“It is unfortunate when we have the kinds of gambits that we witnessed today that the council is not able to speak in a unified way, comprehensively … and to assess objectively the progress, welcoming it where it is deserved and noting where it is lacking,” Rice said.

Sudan’s U.N. Ambassador Daffa-Alla Elhag Ali Osman said there was no reason for any member of the Security Council to block a statement that was encouraging to Sudan and South Sudan.