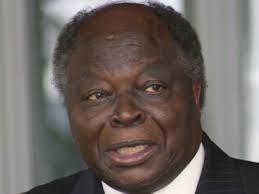 Kenyan President Mwai Kibaki sacked his police chief and sent him to run the post office, in a move cautiously welcomed by rights groups calling for security services reform.
Former police commissioner Hussein Ali had faced mounting pressure since February when a damning UN report into extra-judicial killings said he should be sacked because of hundreds of alleged murders by men under his command.

Ali was replaced by Mathew Kirai Iteere, the former commandant of the police’s paramilitary General Service Unit (GSU), Kibaki’s office said in a statement.
“I think finally the president is responding to popular pressure for some kind of overhaul in the police leadership,” Hassan Omar Hassan, vice-chairman of the government-funded Kenya National Commission on Human Rights (KNCHR), told Reuters.
“Whether simply changing a person or two constitutes fundamental police reform remains to be seen. We’re welcoming the changes, but with a cautious position … eventually what we need to see is comprehensive reform of the police force.”

Kenya’s police force has consistently been voted the most corrupt institution in east Africa’s biggest economy since an anti-graft watchdog began publishing bribery surveys. This year, it was ranked the most corrupt body in the region as well.

Ali has led the police force for the last six years. Some Kenyans speculated his demotion was linked to the accusations in the report by Philip Alston, the UN special rapporteur of extrajudicial, summary or arbitrary executions.

Others said it might also be an attempt by Kibaki to draw attention away from his much criticised reappointment of the country’s anti-corruption commission chief.

After Alston blamed police for the deaths of more than 1,000 people, dozens of local rights activists who worked with him on his report went into hiding or exile after death threats.

Kenya’s coalition government, which is facing criticism from foreign donors and the public for allowing, and even fanning, corruption and rights abuses, rejected the U.N. expert’s conclusions. The police and military denied all the allegations.