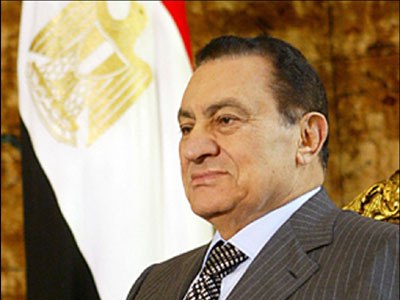 New evidence of spying and torture by an Egyptian security agency has piled pressure on military rulers to abolish a hated and feared symbol of Hosni Mubarak’s era.

Reformists at the heart of the mass uprising that toppled Mubarak have turned their attention to the agency known as state security, a body with a reputation for carrying out abuses that helped galvanise opposition to his 30-year rule.

After breaking into its premises and ransacking archives, activists posted videos and documents online which they say are proof the security agency must be dissolved by the military council that took over from Mubarak, Reuters reports.

The posts include what was described as a torture chamber with a blood-stained floor and equipped with chains, and security files showing the extent of the agency’s intrusion into citizens’ lives.

The protests against state security culminated on Sunday in an attempt to storm its Cairo headquarters. Outside, activists were set upon by men in plain clothes armed with knives, swords, petrol bombs and bricks.
“I can’t think of anyone who has an interest in that (organising the attack) other than state security officers who are linked to the former ruling party and were serving it,” said Gamal Eid, a human rights activist.

For Egyptians, the documents that have surfaced confirm what many already believed: that for years they have been watched, listened to and monitored in detail by agents.

With a licence to do almost whatever they wanted under emergency laws, state security officers abused their position for personal reasons. One had his girlfriend followed by agents and her phone tapped.

Speaking to Reuters on condition of anonymity, the woman said a colleague of her former suitor had supplied her with a security report compiled on his orders.
“It literally had things like ‘she drank a cup of tea at 2:30’ and ‘looked for a parking spot for 25 minutes’,” she said.
“They knew which friends dropped by my apartment and how long they stayed. They even had details about the colour of the scarf one of my friends was wearing on one day.
“All this happened to me because he wanted to make sure I would make ‘a good wife’. Who gives them this kind of authority and how can he justify spying on private citizens in this disgusting fashion?”

As with the Stasi in East Germany and the KGB in Russia, state security had sweeping powers, intervening in everything from university elections to public sector appointments and the issuing of licences for music concerts.

Its main mission was to work secretly to protect Mubarak’s administration from potential threats.

Activists uncovered documents including security files on opposition activists such as Mohamed ElBaradei, regarded as likely to be a candidate in the presidential election, and a manual on how to spy on Islamist groups Mubarak saw as a threat.

Even some Mubarak associates were being watched, documents posted online showed. Their authenticity could not be verified.

Footage posted online showed activists examining a metal frame that appeared to be designed to put detainees in stress positions and testing a stun gun disguised as a mobile phone.

News that state security officers were shredding and burning documents triggered break-ins by activists concerned that evidence of human rights abuses was being destroyed, as well as documents that might incriminate former officials.

The activists entered 11 state security buildings around the country, illustrating how little fear Egyptians now had of an agency that came into existence before Mubarak took office in 1981.

The military has asked activists to return the documents.

The Supreme Council of the Armed Forces said on Monday it was guarding state security buildings, a statement understood to mean the security agency was now under full military control.
“THE STATE OF STATE SECURITY”

The state-owned al-Ahram newspaper declared the death of the agency altogether. “The state of state security falls,” it said in a banner headline on Monday.

Hassan Nafaa, a political scientist and leading member of the reform movement, said the military was now in full control of state security. It would be difficult for the military to ignore state security’s attempts to destroy paperwork and the documents exposed by activists in recent days, he said.
“The Supreme Council of the Armed Forces acknowledges that this apparatus was a danger to society and was not working in the interests of society,” he said.
“I have no hope in the idea of restructuring this apparatus. What is required is its entire dissolution and the establishment of a new one with a new ideology.”

The country’s new interior minister has said state security’s role should be limited to fighting terrorism and not interfering in Egyptians’ lives. He has yet to say whether the agency will be dissolved.

Reformists say they will continue to press that demand.

They are still awaiting justice for Khaled Said, an online activist killed last year and whose death is seen as a milestone on the road to the uprising against Mubarak. Two state security policemen are on trial in the case.
“The protests will never end until all of the people’s demands are met. Closing down state security is at the forefront of them and I don’t see why this should not be done and quickly,” said 23-year-old activist Islam Godah.
“This establishment has done nothing but torture, harassment and abuse. I can’t find anything good it did for the people and I can’t find anything wrong in closing it down.”