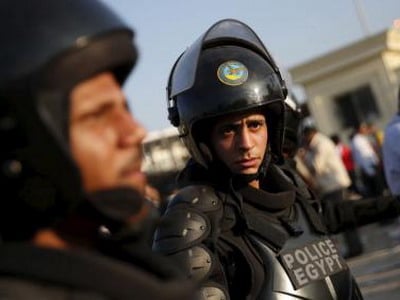 At least eight policemen were killed and three wounded in an attack by Islamist militants on a security checkpoint in Egypt’s New Valley province in the Western Desert, the Interior Ministry said on Monday.

State television said the attack took place at around 8pm in the Naqb checkpoint more than 600 km south-west of Cairo.

At least two of the attackers were killed, the Interior Ministry said. There was no immediate claim of responsibility.

The insurgency is largely contained in the Sinai Peninsula, far from where Monday’s attack took place. Hundreds of soldiers and police have been killed.

There have been occasional attacks in the Western Desert which borders chaotic neighbour Libya where Islamic State is also active.

Security officials say militants operating from Libya are trying to forge ties with Islamists in the Sinai, an alliance that could prolong Egypt’s instability and scare away tourists and investors needed to help fix a battered economy.