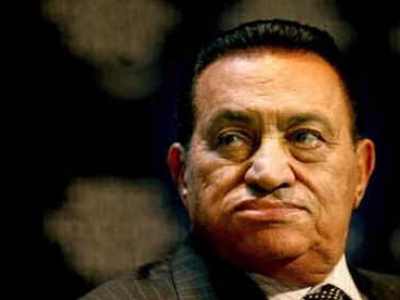 Down the narrow alleyways of Cairo’s Sayidda Zeinab neighbourhood, 100 men sway their heads and clap in rhythm as they invoke God’s name.

“O how you have spread benevolence,” chant the men, some dressed in ankle-length galabeya robes, to celebrate the birth of Fatima al-Zahraa, the daughter of the Prophet Mohammed.

The men are followers of the centuries-old Azaimiya Sufi order who seek to come closer to God through mystical rites. Some say their traditions are now threatened by Islamists elbowing for influence after the overthrow of Egypt’s veteran leader Hosni Mubarak, Reuters reports.

Tensions have long rumbled between the country’s estimated 15 million Sufis, attached to some 80 different orders, and ultra-conservative Salafists who see Sufi practices such as the veneration of shrines as heresy.

The ousting of Mubarak in February has loosened state control over Islamist groups that he suppressed using an emergency law in place since 1980. As Sufis seek to defend traditions dating back centuries, what began as a loose religious identity could be gelling, gradually, into a political movement.
“If the Sufis stood side by side, they could be an important voting bloc … but their political and organisational power is less than their numerical power,” said political analyst Nabil Abdel Fattah.

Alaa Abul Azaim, sheikh of the Azaimiya Sufi order, says moves by Egypt’s Muslim Brotherhood and Salafi groups to enter formal politics endanger religious tolerance and oblige Sufis to do the same.
“If the Salafists or Muslim Brotherhood rise to power, they could well cancel the Sufi sheikhdom, so there has to be a party for Sufis,” Abul Azaim said.

Shrines dedicated to saints are central to Sufi practice and can be found in towns and villages across Egypt, but they are frowned upon by Salafists.

Many are built inside mosques and contain the tombs of saints. They are often highly decorated, using wood and mother-of-pearl.

Some religious conservatives also dislike Sufi moulids — festivals celebrating the birthdays of saints that have become carnival-like events popular even among non-Sufis in Egypt.

Moulid music has found its way into pop culture, such as the well-known puppet operetta “El Leila El Kebira” (The Big Night).

Fears for the future of Sufi traditions were underlined in April, when two dozen Islamists wielding crowbars and sledgehammers tried to smash a shrine used by Sufis in the town of Qalyoub north of Cairo. Their plan failed when residents rallied to defend the site revered for generations.

Salafist leaders denied their followers were behind the shrine attack and condemned it, while making it clear that they oppose the shrines.
“The Salafi call does not reject Sufism,” said Sheikh Abdel Moneim el-Shahat, official spokesperson for the Salafi movement in Alexandria. “We reject (the practice of) receiving blessings from tombs and shrines because it is against Sharia law.”

He said Salafis believe religious blessings can only be sought from the Black Stone of the Kaaba in the Saudi city of Mecca. Millions of Muslims circle the stone during the Hajj pilgrimage.

NO SUFI PARTY YET

Egypt’s constitution forbids political parties formed on overtly religious lines. That has not stopped Salafist groups such as al-Gama’a al-Islamiya and the once-banned Muslim Brotherhood moving to create parties to compete in September elections.

No overtly Sufi party has emerged — adepts of Sufism, with their emphasis on personal development and inner purification, have till now seen little sense in forming a political movement.

But one nascent party, al-Tahrir (Liberation), has pledged to defend their interests and, by doing so, has built most of its membership from among the Sufi community.
“There is no doubt that the (Islamist) flood that’s coming … scares them,” said the party’s founder Ibrahim Zahran.

Affirmative political action would mark a departure for Egypt’s Sufis, who have tended to submit to the will of Egypt’s political leaders since the 12th century.
“From Sultan Saladin al-Ayubi until Mubarak, Sufism was used by the state to reinforce its legitimacy,” said sociologist Ammar Aly Hassan.

In a sign they are more ready to challenge authority, sheikhs of 13 Sufi orders have staged a sit-in since May 1 calling for the removal of Sheikh Abdel Hadi el-Qasabi, the head of the Sufi Sheikhdom who was appointed by Mubarak in 2009.

They say Qasabi broke a tradition of ordaining the eldest sheikh to the position and they refuse to have him as their leader as he was a member of Mubarak’s disbanded National Democratic Party.

Many Sufis oppose the idea of an Islamic state promoted by Islamists who take the Iran’s theocracy or the Wahhabi ideology of staunchly conservative Saudi Arabia as a model.

Sufi Sheikh Gaber Kassem of Alexandria criticised the political ambitions of the Muslim Brotherhood and its slogan ‘Islam is the Solution’.
“This is a devotional matter, a religious call … so how are they entering politics? Is this hypocrisy?” he said.
(Writing by Shaimaa Fayed; Editing by Tom Pfeiffer and Jon Hemming)