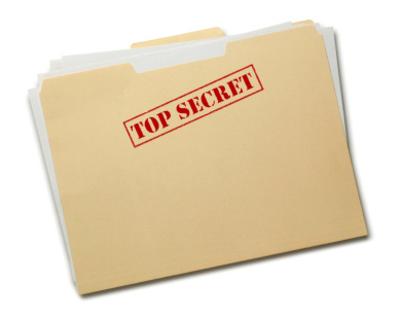 The ANC plans to finalise the controversial Protection of State Information Bill before the end of November, despite the party’s announcement that it would sound out public opinion on the legislation first, the Mail & Guardian reports.

On Thursday the DA’s Dene Smuts said the party had been informed that the Bill will be tabled for a second reading debate in the National Assembly this Wednesday. The ANC withdrew the Bill from the parliamentary programme seven weeks ago, citing the need for further consultation. Provincial legislatures were to have been at the centre of the consultation, with “regional people’s assemblies” being held on the Bill and the COP17 climate change conference. However, it is understood that the party has only consulted members internally.

Announcing the withdrawal in September, ANC chief whip Mathole Motshekga said the consultations would involve ANC MPs taking the Bill to the people in constituency work, further discussion in the ANC and with other political parties, and “engaging views from the broader society”. He said that despite extensive consultations and improvements in the legislation, “there are still interested parties who need further hearing as well as other parties who have made late submissions. The ANC is of the view that these voices should be heard.”

Internal ANC correspondence reveals that by October 24, most of those appointed to reach out to communities had themselves not been briefed about the contents of the Bill, the M&G said. Silverton Ntushelo, the ANC’s information Bill office co-ordinator, wrote to five provincial chief whips on October 24, reminding them to submit dates for the inter-parliamentary caucuses, where the briefing would occur. “This process of consultations on the Protection of State Information Bill should be finalised as soon as possible so that Parliament can finish everything before the end of November 2011,” he wrote in the email.

An earlier letter from ANC secretary general Gwede Mantashe invited provincial secretaries of the ANC, speakers of provincial legislatures, chief whips, the speaker and deputy speaker of the National Assembly, and the chairperson and deputy chairperson of the National Council of Provinces to a consultative meeting on the Bill at OR Tambo International Airport on October 3.

The letter stated that debate over the Bill and reasons for its postponement “awakened” the ANC to its internal limitations. “However, the ANC believes that the current situation, which led to the postponement of the passing of the Bill, should be viewed within the broader context, including the battle of ideas and the contestation for hegemony in a democratic dispensation,” he added. He invited recipients to a consultative meeting to prepare for regional peoples’ assemblies.

After withdrawing the Bill from the parliamentary programme Motshekga said the ANC had established an information Bill committee responsible for co-ordinating public engagement with civil society, non-governmental and community-based organisations and interested individuals.

At a meeting with Parliament’s Press Gallery Association this week Deputy President Kgalema Motlanthe hinted that the Bill might be amended to include a public interest defence clause. He pledged that “the ANC will not use its numbers to ram through, willy-nilly, any piece of legislation that doesn’t comply with the Constitution”.

Smuts said at the weekend the “collapse of the ANC’s consultative process on the Bill reveals its inability to match the opposition and civil society campaign. The secrecy Bill has been sitting on the National Assembly’s Order Paper awaiting its second reading debate for more than eight weeks since the ANC interrupted the process by cancelling the debate and announcing that it would undertake consultative caravans throughout the nine provinces and into the remotest villages. This was always unprecedented and unprocedural, and the collapse of the consultation initiative now makes it plainly preposterous too.
“The greatest irony of the whole debacle is that the ANC could have had the input of all the regional People’s Assemblies and Provincial Legislatures if it had heeded our call to tag the Bill as affecting the provinces in terms of Section 76 of the Constitution. This triggers an elaborate legislative mechanism under which the public is consulted and mandates are sought from and brought back to the provinces.
“The tagging issue remains one of the Constitutionally problematic aspects of the Bill. Intelligence is a national competence, but the Bill affects provincial archives for declassification purposes, and provincial archives are an area of exclusive provincial legislative competence. The Constitutional Court has declared at least one law (the Communal Lands Rights Act) null and void for the reason that it should have been legislated under Section 76.”