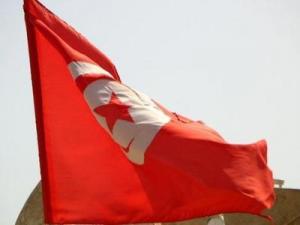 Tunisia’s “Arab Spring” revolution, born out of economic despair, is failing to deliver the jobs and opportunities of a better life that its people long for, and had once expected.

While Tunisia has largely avoided the bloodshed afflicting much of the region, a prolonged political crisis is hurting the economy badly and Mohammad Abd El Momen is one of the victims.
“We started the revolution and the politicians got the jobs. We got the tragedy,” said El Momen, who until July worked at a factory making safety boots for construction workers in Europe.

Then his Italian employers – like many foreign investors – gave up and closed the plant in Bizerte, a coastal city 65 km (40 miles) north of Tunis. Now the shopfloor is deserted, the factory gates are locked and 4,500 more Tunisians are unemployed.
“I cannot find even the cash for milk for my children,” El Momen said outside the plant in Bizerte, where former factory families now survive on meager state handouts.

Their prospects remain bleak while ruling Islamists and the secular opposition argue over forming a caretaker cabinet, creating an atmosphere of uncertainty and polarization that is worrying investors and international lenders alike.

Tunisia’s uprising – and the Arab Spring – began with a cry as much for opportunity as for freedom when unemployed university graduate Mohammed Bouazizi, who scraped a living selling vegetables, set himself on fire in December 2010.

Even before he died from his injuries, outraged Tunisians took to the streets and the following month autocratic leader President Zine al-Abidine Ben Ali fled the country. This raised hopes among Tunisians of a better life, and encouraged fellow Arabs to rise up against their rulers around the region.

The government forecasts Tunisia’s economy will grow 3 percent this year and next, down from 3.6 percent in 2012 and nothing like enough to create jobs for an expanding population. Growth slowed in the third quarter to 2.4 percent year-on-year.

Unemployment, which hit 15.7 percent of the workforce in July-September, tops the list of Tunisians’ complaints along the high cost of living. Inflation reached 6.5 percent in March, the highest annual rate in at least five years, and has eased only a little since then.

Analysts say there is no sense that public frustrations are close to boiling over again. However, the longer the political crisis drags on, the harder it will be for the next government to balance austerity designed to tackle a rapidly growing budget deficit with discontent over living costs and jobs.

For months, Tunisia’s ruling Islamist party Ennahda and the secular opposition have struggled to end a standoff over handing power to the transitional cabinet which is meant to govern until elections early next year. Ennahda agreed to step down later this month, but negotiations have stalled.

The parties are trying to settle their differences at the negotiating table, in contrast to Syria, Egypt and Libya. Nevertheless, Islamist militants have assassinated two opposition leaders and last month Tunisia suffered a suicide attack at a beach resort, the first in a decade, in a blow to tourism which accounts for around 8 percent of GDP.

All this has shaken economic confidence. This week Moody’s agency cut Tunisia’s sovereign credit rating by one notch to Ba3. It blamed the political uncertainty and polarization, security risks, problems in borrowing abroad and from international donors, as well as the budget and external deficits plus the need to recapitalize leading banks.

Tunisia still has credits due from international lenders and, unlike Egypt, it has reached a deal with the International Monetary Fund. But Finance Minister Elyess Fakhfakh recently said the African Development Bank, a regional multi-lateral lender, had cancelled a $300 million loan due to the turmoil.

Freed of the heavy state control of the Ben Ali era, Tunisians have staged a series of political protests, sit-ins and demands for wage increases. However, a local business chamber says the resulting instability has forced more than 150 foreign investors to close their companies.

Mohammed Frikha, owner of local Syphax airline and one of the country’s most prominent business leaders, said protests and strikes worry investors and needed to be addressed to attract investment again.

Exports, which along with remittances from Tunisians working abroad and tourism traditionally bring in foreign currency, have been hit and the trade deficit reached $5.3 billion in the first nine months of this year.

Despite all the problems, Tunisia remains in better shape that larger peers such as Egypt.
“The economic situation in Tunisia is difficult, but it is not a catastrophe. Reforms will come with the change in politics and the end of the crisis,” said Ezdine Saidane, a local economic analyst. “The economy has been hit hard but it is still possible to pull out of this.”

Under pressure from its international lenders, the Tunisian government has said that it is moving ahead with austerity measures including a 5 percent cut in public spending and a freeze on public sector wages in 2014.

The government expects the budget deficit to narrow to about 6.5 percent of economic output next year from 7.4 percent in 2013. But the IMF also wants cuts to fuel and basic food subsidies, measures which are likely to exacerbate tensions for the new government.

So far, three candidates are in the race for the post of prime minister for the caretaker government, including a former central bank governor, a veteran politician who served at the |United Nations and an ex-finance minister.

But the political wrangling means little to those looking for work or to feed families. “Since the revolution, we have seen fish and meat only on television,” said Ramzi Said, 33, a building guard at a Tunis market. “We cannot buy them because of rising prices.”