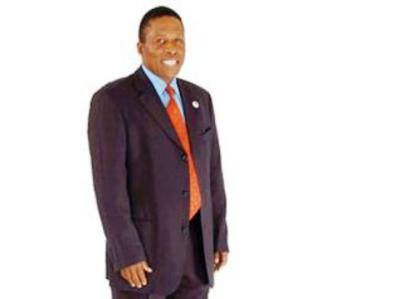 Former Armscor CE Sipho Thomo has taken his dismissal to the Council for Conciliation, Mediation and Arbitration (CCMA).

“Mr Thomo referred his dispute to the CCMA for conciliation on … January 29,” the state arms acquisition agency’s chairman, Popo Molefe told Members of Parliament (MPs) last week. He added Armscor has not yet received any communication from the CCMA on the matter.

Molefe, who also chairs the governing African National Congress’ Chancellor House investment firm says the decision to terminate Thomo’s employment was taken “by the highest body at Armscor” and Thomo was advised “to refer the matter externally if he so wishes”.

The charges against him related to his failure advise members of the Board of Armscor of a Parliamentary Portfolio Committee on Defence and Military Veterans (PCODMV) held in October 2009. “His conduct caused an embarrassment to the Board.” A second charge was the communication “of inaccurate figures to an amount of R47 billion in relation to the escalation costs associated with delays in delivering of [the Airbus Military] A400M. This caused sever embarrassment to the Board and the South African government.”

Thomo was also charged for his late arrival by about one hour for a PCODMV meeting on November 11. He was further charged for failing “to carry out strategic objectives of Armscor as agreed in February 2009, his failure to attend to grievances raised by senior management and also misleading the Board into believing that the matter was resolved.” Lastly, he was also charged with “entering into negotiations with a supplier (AgustaWestland) with an aim of possibly waving contractual penalties to a tune of about R90 million without the Board’s knowledge/approval.”

Thomo was suspended on November 19 and notified to attend a disciplinary hearing on December 10. The hearing was conducted December 14 and 15 with Advocate Nazier Cassim SC presiding. Thomo’s services were terminated without notice on January 7. He appealed against termination on January 11, alleging procedural reasons in that the chair was biased in that he did not communicate his decision directly to Thomo and that the penalty was too harsh.

Business Day reports Democratic Alliance MP David Maynier sought more particulars about the alleged cost escalation of the A400M and the AgustaWestland negotiations, but this was “placed off limits” by PCODMV chair Mnyamezeli Booi. “This was despite the citation of both issues in the disciplinary charge sheet against Thomo,” the paper said.

Thomo claimed before the same committee late last year that the cost of the A400M had soared from R17 billion to R47 billion. Both figures came as a surprise as the only publicly known figure at the time was a 2005 contract price of 837 million euro, then about R9.6 billion. Thomo never explained himself and the figures, denied by both Airbus and defence minister Lindiwe Sisulu is now regarded as a complete “thumb-suck”.

Cabinet nevertheless cancelled the acquisition of eight of the aircraft “due to extensive cost escalation and the supplier’s failure to deliver the aircraft within the stipulated timeframes.” Airbus Military SA spokesman Linden Birns last week again told the Engineering News the country had not been facing an increase in price. “There was not even a suggestion from Airbus that the terms of the contract with South Africa would be altered in terms of price,” he told the online publication.

The Engineering News speculated that even if this was not the case, based on the increase negotiated between Airbus owner EADS and European purchasers, the new programme total cost would only have been R18.6 billion, a “far cry from Thomo’s figure of a R30-billion increase.”

This may mean the cancellation was a grave mistake. SA still needs the capability and the Engineering News reports Airbus Military has not given up on the possibility of this country changing its mind. “We still hope that South Africa will rejoin the A400M programme,” said Birns.
“We have approached the South African government to open this discussion.”

In the AgustaWestland matter Thomo — without authorisation — negotiated a deal late last year whereby R90 millionn of performance penalties owed by AgustaWestland would be scrapped in return for a contract to make about R350 million worth of helicopter components. The fallout from the vetoed deal was reportedly directly responsible for the resignation of Denel Saab Aerostructures CEO Lana Kinley and chief financial officer Sasha Methola.

Commenting after the meeting Maynier said: “Popo Molefe was right to press ‘eject’ and get rid of … Thomo. But the briefing did not provide all the answers about the events that led to … Thomo being fired… . There are still questions on the charges relating to the Airbus A400M transport aircraft and on the negotiations about waiving contractual penalties with AgustaWestland. These issues were central to the case against … Thomo, but questions on this were ruled out of order. I am going to continue to probe these issues. But I am delighted that Sipho Thomo has been fired. His leadership caused a near civil war within Armscor.”

Molefe said the more than R4.1 million payout to Thomo in no way was a golden handshake. The bulk of it was accumulated pension contributions, leave pay and a pro rata portion of his salary, all of which Armscor was legally obliged to pay. On Thomo’s application to the CCMA, Molefe said it was most unlikely that the body could reverse the decision, Business Day said.