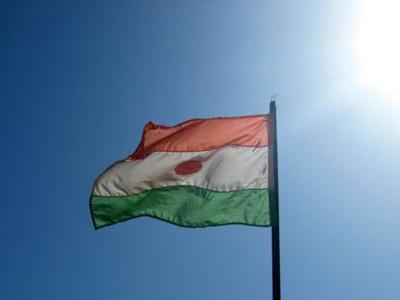 Niger said that Muammar Gaddafi’s son Saadi would remain in the West African nation until a United Nations travel ban on him was lifted, despite Tripoli’s request for his return.

Saadi fled south across the Sahara to Niger as his father’s 42-year rule crumbled in August. He has been living in Niger since then, and Niamey says he has been granted asylum on humanitarian grounds.

Saif al-Islam, another fugitive son of the former Libyan leader, is believed by many to have sought refuge in Niger or neighbouring Mali’s desert north but both states say he is not there, Reuters reports.

Like many other senior members of the Gaddafi regime, Saadi, a businessman and former professional footballer, was banned from travelling and had his assets frozen by a U.N. Security Council resolution when violence erupted earlier this year.
“We are obliged to respect this resolution. He is here, he cannot travel … Until that resolution is revised, he will stay in Niger,” Foreign Minister Bazoum Mohamed told state television on Tuesday evening.

Interpol has issued a “red notice” requesting member states to arrest Saadi with a view to extradition if they find him on their territory.

Ties between Niger and Libya’s interim rulers are strained, with the authorities in Tripoli keen to see the Gaddafi sons, and any assets they took with them, sent home to face trial.

Muammar Gaddafi had deep but often complicated ties with nations to the south of Libya, which were given lavish supplies of petro-dollars but also suffered as a result of his meddling in the politics of their northern desert regions.