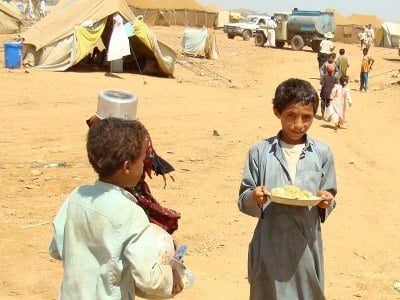 United Nations children agency UNICEF warned on Wednesday that more than half a million children in Libya need help and called on warring parties to end the violence and negotiate a political solution to the crisis.

Libya has spiralled into turmoil after a civil war ousted longtime leader Muammar Gaddafi in 2011. Rival brigades of former rebels backed by competing political factions have turned against each other in a fight for control.

A U.N.-backed government in Tripoli is trying to extend its influence, though it is facing resistance from armed rivals.

UNICEF Regional Director Geert Cappelaere said that 550,000 children need assistance due the political instability, on-going conflict, displacement, and economic collapse.
“The wellbeing of girls and boys in Libya should be a priority for authorities, civil society and the international community” Cappelaere said in a statement after visiting the country.

UNICEF said nearly 200,000 children in Libya need safe drinking water, while 315,000 need educational support with more than 550 schools in the country either destroyed, damaged or used as shelters.

Cappelaere warned that more than 80,000 children are internally displaced and migrant children in Libya are particularly vulnerable to abuse and exploitation, including in detention centres.

In a report in May, UNICEF said that thousands of unaccompanied children attempting to make it across the Mediterranean from Libya to Italy can become easy prey for traffickers who often sell them into exploitation, sometimes akin to contemporary forms of slavery.