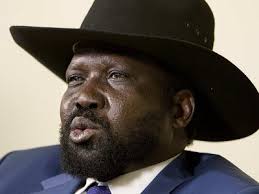 More than 160 people were killed when heavily armed South Sudan tribal fighters launched a dawn raid on a rival group, officials said, the latest in a series of bloody ethnic clashes.
Most of the victims were women and children when men from the Murle ethnic group attacked a camp in the Akobo area of the region’s swampy Jonglei state, where oil exploration is under way,officials said.
“100 women and children, 50 men and 11 SPLA (soldiers from the southern Sudan People’s Liberation Army) are being buried by the riverside this morning,” Akobo commissioner Goi Jooyul Yol said in a statement yesterday.
“There may still be bodies in the bush, we don’t yet know the full number,” Yol later told Reuters by telephone.
UN Secretary-General Ban Ki-moon said in a statement issued by his press office that the attack was a “heinous act” and urged the government of southern Sudan “to bring to justice those responsible for these events and take the necessary measures to protect civilians across southern Sudan.”
Yol said a small force of southern soldiers that had been stationed in the area to protect the settlement was overrun by the attacking Murle.
Officials said most of the victims were from the Lou Nuer group, locked in a tribal war with the Murle that has already claimed over 700 lives this year in attacks and counter-attacks.
Analysts say the extensive targeting of women and children, and the number of dead, mark a worrying new development in this year’s violence.
The south’s President Salva Kiir has blamed political agitators who he said want to show that the south cannot run itself ahead of a promised 2011 southern referendum on separation from northern Sudan.
Disputes, many sparked by cattle rustling, have been exacerbated by a ready supply of arms left over from the two-decade civil war between north and south Sudan, and political disaffection over the slow pace of development in the region.
South Sudanese and UN officials had hoped the recent onset of the region’s rainy season would reduce the violence, as heavy downpours restricted access to remote villages.
“This year there has not been enough rain to lessen the movements,” Jonglei deputy governor Hussein May Nyuot said.
Nyuot said the Lou who were attacked were camped beside the Geni River, 40 km (25 miles) southwest of Akobo town. A lack of water this year has driven many communities to set up settlements close to rivers where they can also fish for otherwise scarce food.
UN extends aid to victims of violence in S Sudan
Secretary-General Ban Ki-moon ordered UN officials to extend all possible assistance to the victims of the latest “heinous” surge of violence in southern Sudan, where 161 people, including 100 women and children, were reported to have been killed yesterday, UN News Centre reports.
In a statement issued by his spokesperson, Ban voiced his “extreme concern” at the killing in Akobo in Jonglei state, where 50 men and 11 soldiers from the regional Sudan People`s Liberation Army (SPLA) were also killed.
Southern Sudan was the scene of one of Africa`s longest and bloodiest civil wars, in which at least 2 million people were killed, 4 million others uprooted and 600 000 more fled across the borders, until a peace agreement in 2005 ended the 20 years of fighting between southern separatists and the national Government in the north.
A referendum on independence for the south is expected to be held in 2011, following national elections next year.
More recently, violence has flared periodically from various quarters, with Mr. Ban warning last month that escalating inter-tribal fighting was jeopardizing the stability of the entire country and putting at risk key milestones in implementing the 2005 pact, known as the Comprehensive Peace Agreement (CPA).
Attacks by the notorious Ugandan rebel group, the Lord`s Resistance Army (LRA), have also wrought havoc in border regions in the south.
In his statement today condemning the latest violence, Mr. Ban directed the UN Mission in Sudan (UNMIS) “to extend all possible assistance to those affected by this heinous act and work with local authorities to restore calm.”
He called on the regional Government of Southern Sudan “to bring to justice those responsible for these events and take the necessary measures to protect civilians across Southern Sudan.”