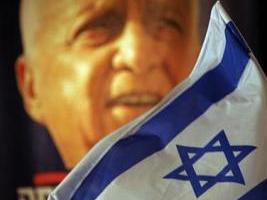 Israel’s comatose former prime minister, Ariel Sharon, was moved back to his desert ranch on Friday, leaving the secure hospital ward that has been his home for almost five years, officials said.

Sharon, 82, will continue to receive treatment at Sycamore Farm, where as premier he would summon advisers to plan strategies such as Israel’s 2002 offensive in the Palestinian West Bank and the surprise 2005 withdrawal from the Gaza Strip.

Felled by a stroke in January 2006, the ex-general left behind an often jittery Jewish state that has since fought two wars while charting an uncertain course in U.S.-sponsored peace talks with the Palestinians. “Today, in 2010, the aspiration of any patient, our aspiration in the hospital, is to ensure that any chronic patient, when possible, is with his community, at home,” said Prof Shlomo Noy, director of rehabilitation at the Sheba Medical Center outside Tel Aviv, where Sharon had been receiving care.

Asked whether there was any chance of Sharon making a significant recovery — or even returning to public life, as a few of his loyalists envisage — Noy told Israel’s Army Radio: “Clearly what’s behind this is the hope that his situation will get better. But the improvements that we talk about in such situations are not great improvements, not dramatic improvements.”

After his stroke, Sharon settled into what medical staff and the friends who were allowed to visit describe as a limbo state — uncommunicative but apparently responding to basic stimuli and television. He is said to have kept much of the corpulence that was a gift to satirists and gave him his nickname of “Bulldozer.”
“There is a feeling of communication, of realization — I mean, the eyes are open and there is kind of, like, you feel that he feels your presence,” his doctor, Shlomo Segev, told the U.S. online journal The Daily Beast last year. “So it’s not completely what we call a coma. Not a deep coma, for sure. But if you asked me to quantify that, I cannot.” Ehud Olmert, Sharon’s deputy and successor, recalled in a memoir telling then-U.S. president George W. Bush that Sharon’s two sons refused to consider stopping his life support as they believed his condition was not irretrievable.

Sharon spearheaded Israel’s repulsion of Egyptian forces in the 1973 war. As defense minister in 1982, he masterminded the Lebanon invasion but was forced to step down over the massacre there of Palestinian refugees by allied Christian militiamen. While many Arabs reviled his war record and zeal to build on occupied land, Sharon won respect as prime minister for plowing through Israel’s fractious coalition politics to form the new, centrist Kadima party and pull out of Gaza.

Whether Sharon, who at one point cornered Palestinian leader Yasser Arafat in Beirut with tanks, would have secured a peace accord remains debated, not least as Hamas Islamists opposed to coexistence with Israel were quick to fill the Gaza vacuum. The corruption- and infighting-riddled Likud party that Sharon abandoned has rebounded, its rightist leader Benjamin Netanyahu serving as premier today astride a mostly stable coalition.

Installing Sharon in Sycamore Farm, in the southern Negev desert, was likely to take around 48 hours, Noy said, adding that he may need to be brought back to the hospital from time to time for check-ups.