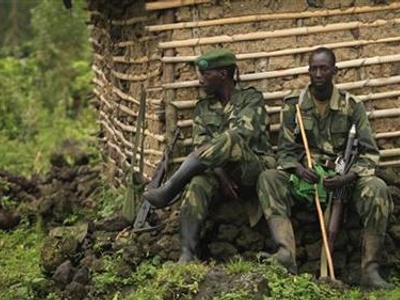 At least 30 people were killed in two days of ethnic clashes between Hema herders and Lendu farmers in the Democratic Republic of Congo’s Ituri province, local authorities said.

Congo has been grappling with another surge of unrest since President Joseph Kabila refused to step down at the end of his term in December 2016. His decision emboldened several rebel groups and raised fears the vast, mineral-rich country is sliding back into civil war.

The latest killings echo the violence of the 1998-2003 war, when thousands of Hema and Lendu killed each other in Ituri and come after years of relative peace between the two groups.
“The Hema-Lendu conflict claimed between 30 and 32 lives and left several people injured, thousands of huts burnt down and thousands displaced,” the governor of Ituri, Jefferson Abdallah Penembaka, told Reuters.
“We are currently raising awareness in both communities so as not to dig up old demons,” said Penembaka, adding police and military presence had also been reinforced in the area.

The Hema community said in a statement 23 people died in an attack led by Lendu militia in Djugu territory. The Lendu were not immediately available for comment and the army spokesman and local officials were unable to verify the Hema account.

Tensions between the Hema and Lendu are longstanding but the region had been relatively peaceful since provincial authorities began touring the area in December to raise awareness of the need for mutual co-existence.