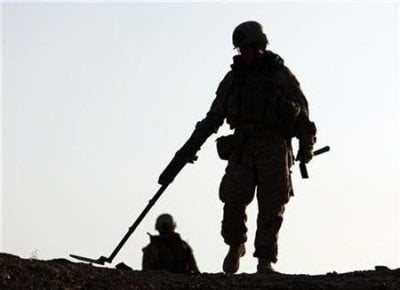 The workers, all Senegalese citizens, were on their way to inspect a mine field that had been cleared of explosives when they were kidnapped on Friday by men believed to be members of the Movement of Democratic Forces of Casamance (MFDC).
“I can confirm that 12 people were in fact kidnapped by an armed group. These people were working in de-mining (projects),” Senegalese army spokesman Abou Thiam told Reuters.

A second military official said the kidnapping took place in the village of Kaylou, about 30 km (18 miles) from the southern region’s main city Ziguinchor.

Vuyelwa Qinga, the Group Communications Manager of Denel, said the company is working through official channels of the United Nations and the government of Senegal to secure the release of the nine male and three female staff members. “The issue is being handled at the highest level and the company is confident that a solution will soon be found,” Denel said.

Denel Mechem has been deployed in the Casamance province in Senegal since August 2012 to perform humanitarian demining services under the auspices of the United Nations Development Programme (UNDP) and the Senegalese National Demining Authority.

The Mechem teams’ tasks are to clear the area of landmines and unexploded ordnance and to provide landmine awareness programmes to local communities.

Qinga said that Denel is in constant contact with the international authorities and will also provide support to the families of the staff members who are being kept captive.

The 31-year-old separatist rebellion in Casamance is one of Africa’s longest-running insurgencies. Though largely dormant, the conflict remains an unhealed blemish on Senegal’s otherwise enviable reputation as the only country in mainland West Africa that has not suffered a coup or a civil war since independence.

Various agencies have been working for several years to clear Casamance of landmines. However the MFDC warned in March against further de-mining in the region, claiming any such operations should be agreed within the framework of peace talks.

The MFDC, which launched its bid for independence in 1982, released eight prisoners, most of them Senegalese soldiers, in December after holding them captive for several months.

In April last year two of Mechem’s workers, a South African and a South Sudanese, were abducted by the Sudanese military while working on a United Nations landmine clearance contract in South Sudan. The workers were released a month later.