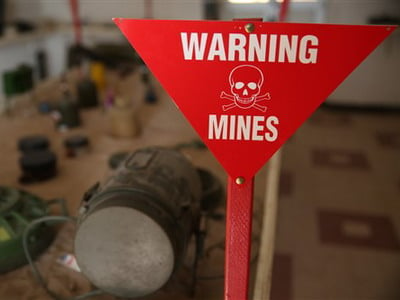 Two Tunisian civilians were killed and one other injured on Monday by a landmine planted by jihadist groups in a mountainous region near the Algerian border, the defence ministry said.

Security forces are engaged in a crackdown on Islamic State militants after they carried out four major attacks in the last year, and a small group of al-Qaeda linked group is also fighting troops along the Algerian border.
“A mine implanted by terrorists exploded in Samama Mountain killing two women and injuring another,” ministry spokesman Belhassen Oueslati said.

Dozens were killed in militant assaults on a Tunis museum and a beach resort last year, crippling Tunisia’s vital tourism industry. Another attack hit a town near the border with Libya, where 50 militants were killed by the army.