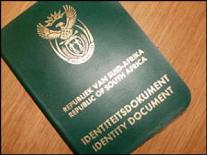 Minister of Home Affairs Nkosazana Dlamini Zuma says the National Treasury has not given her department any money this year to pursue a long-delayed smart identity card project that is meant to replace the current identity booklets and restore confidence in the state’s identity management systems.

Fraud, corruption and dated, paper-based systems that lack adequate security measures has made it easy for criminals and even al-Qaeda operatives to obtain genuine South African identity and travel documents, causing Britain to lose trust in local paperwork and introduce visas for SA passport holders from March last year.

But as intimated by Dlamini Zuma the ENE confirm that – for now – the Treasury is not willing to spend anything on the project. There is no allocation at all for the next three years.

ITWeb reported in September 2008 that it had been confidentially handed a SITA tender bid evaluation document showing the agency’s Recommendation Committee (RC) was being asked to propose a joint venture (JV) led by ICT vendor Lefatshe Technologies be declared the winner of phases one and three of the project and a grouping named Oberthur SA the winner for phase two.

The documents, anonymously provided to ITWeb – the authenticity of which could not be verified – estimated the cost of phase one at R1.2 billion, that of phase two at R100 million and phase three at R15.57 billion – far in excess of what Treasury had in mind, if the ENE can be believed. A pilot project had been scheduled for November 2008, with pensioners as the sample group. In March 2009 ITWeb reported the pilot was delayed and it would take about three months to start once a tender to manufacture the ID cards had been awarded. Dlamini Zuma in June blamed the delays on poor administration of the tender by the State Information Technology Agency, known as SITA. The project was finally cancelled and handed to the National Treasury in September last year.

In December the department said t still hoped to sign a contract by the end of this month. Responding in writing to a question asked by Democratic Alliance member of the National Council of Provinces MJR de Villiers the DHA said it had “requested National Treasury to start the tender process afresh. It is, still, hoped that the tender will be evaluated, and awarded during the 2009/10 financial year” that ends March 31.

Speaking to journalists last week, Dlamini Zuma said that having stopped the tender “the money went back to Treasury and with the recession and all the problems we have the money was then used for other things but we are still pursuing.
“We are now looking at, I think I communicated earlier we are still in discussion to see whether this tender can be done differently because we had bad experience with the tenders and SITA. So we are not sure whether we should go back to SITA or be given an alternative way of dealing with [it]. So that is the situation we find ourselves in with the smartcard, but we will pursue it. In our budget we don’t have the money for the smartcard but once we have established which way to go, because there was no point in asking, so once we have an alternative we will try to put in a bid in the next budget.
Who am I?

Meanwhile, Treasury seems pleased with progress of the department’s much-maligned “Who Am I Online” identity management project. The 2010/11 ENE says the total cost of the project is estimated at R2.2 billion over five years. This is less than the R4 billion in some media reports. The Treasury says R390.4 million has been spent since 2008/09. R394.3 million is budgeted for the new year starting next month, R299.3 million for the year beginning April 2011 and R298.6 million for the year commencing in April 2012. ” Although only partial funding has been allocated for the project, National Treasury has approved the business case for the total lifecycle cost of R2.2 billion beyond the MTEF period,” the ENE says.

Improving agility through the use of workflow and by compliance with service oriented architecture.

Introducing the general live capture concept, with highly configurable counters housing integrated client service consoles backed by fault tolerant controllers for offline processing at any office to address queuing and other aspects of the customer experience.

Reviewing and realign all legislation administered by the department to enable the new technological solutions.
“While tangible evidence of developments and investments may be lacking at present, the significant progress that has been made will be seen as soon as the production environment is operationalised,” the Treasury says.

In another development, the DHA has announced that Mavuso Msimang will vacate his seat as director-general next month. DHA spokeswoman Cleo Mosana says Msimang’s contract is set to expire and that he has elected not to renew it. Msimang was appointed DG in May 2007 after heading SITA in what was regarded as a successful stint. Then-Home Affairs minister, Nosiviwe Mapisa-Nqakula hailed Msimang’s appointment as a sign of progress for the DHA and noted she was hoping for a turnaround comparable to the one he had implemented at SITA.