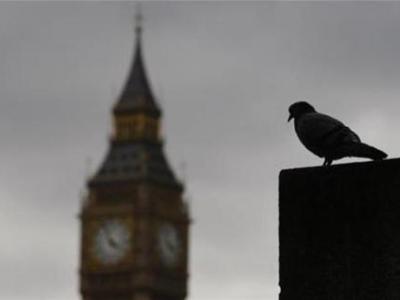 Russia criticised Britain’s handling of the case of an alleged Russian spy and suggested Moscow could retaliate by expelling a British national if London deported the woman.

Alexander Sternik, charge d’affaires at Russia’s embassy in London, said Britain told it that Katia Zatuliveter, 25, had been arrested under immigration law but said nothing about alleged espionage.

The Sunday Times reported last weekend that Zatuliveter, an aide to Liberal Democrat MP Mike Hancock who sits on parliament’s defence committee, faced deportation after being detained on suspicion of espionage, Reuters reports.

British authorities have not confirmed why Zatuliveter is being held and Sternik, Russia’s top diplomat in Britain pending the arrival of a new ambassador, said she was legally resident in Britain and had a valid visa.

Hancock said she had been taken to an immigration detention centre and denied she was a Russian spy. Zatuliveter has told the BBC she is appealing against deportation.

Asked if Russia reserved the right to retaliate if Britain deported Zatuliveter, Sternik said: “I can only speculate and advise you to look into the history of similar cases.”

In past spy scandals, London and Moscow have typically engaged in tit-for-tat expulsions.

Sternik accused British media of whipping up a “spy” story to divert attention from England losing out to Russia in the contest to host the 2018 World Cup soccer finals.

He said shadowy people wanted to sabotage signs of better relations between the two countries and that the embassy learned of Zatuliveter’s detention from the media rather than from the government as he said was required under a bilateral agreement.

Sternik said the “spy” story suited “some quarters,” which he did not identify, who he said did not want to see too rapid an improvement in British-Russian relations.
“It’s very conspicuous that as soon as the green shoots show through the rubble in the Russian-British relationship these sort of scandals break out,” he told reporters.

Ties between Britain and Russia fell to a post-Cold War low after Moscow refused to extradite the man Britain wants to put on trial for the 2006 murder in London of former Russian agent Alexander Litvinenko.

But there have been recent signs of a thaw, with Prime Minister David Cameron planning to visit Russia next year.

The embassy was ready to send the Russian consul and a doctor to see Zatuliveter, Sternik said.
“She must be subject to a very serious psychological trauma and we would like to make sure that her mental and physical condition is stable,” he said.