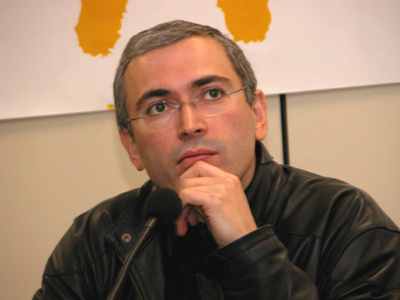 Jailed former oil tycoon Mikhail Khodorkovsky was transferred from Moscow to a prison camp in an undisclosed location, his lawyers said on Friday, decrying the move as an attempt to block his parole hearing.

Once Russia’s richest man, Khodorkovsky was jailed in 2003 after falling foul of the Kremlin under then President Vladimir Putin. He is serving a 13-year sentence and is due to be released in 2016.

Khodorkovsky’s defence team, who claim he is a political prisoner, said he filed again for parole on Tuesday after a Moscow court refused to hear a first request on the grounds that he did not supply the proper documents, Reuters reports.

Lawyer Vadim Klyuvgant said the transfer was aimed “at creating an artificial delay of the hearing of our client’s application for parole.”

He claimed it would be easier for the authorities to reject his request for early release if the review was held far from Moscow and from journalists who could spotlight violations.
“It is clear that they are trying to prevent hearing the petition for parole in Moscow since there are no legitimate grounds for a denial,” he said in a statement on his client’s website.

Khodorkovsky’s lawyers said both they and his wife were earlier denied a meeting with the jailed former head of oil major Yukos on the grounds he was being readied for the journey.

The European Court of Human Rights ruled last week that Russia violated Khodorkovsky’s rights during his 2003 arrest and jailing on charges of fraud and tax evasion and ordered Moscow to pay him 24,500 euros (21,731.10 pounds), though it found no firm proof the case was politically motivated.

Ahead of a second trial against him, Khodorkovsky was transferred in February 2009 to a Moscow jail from a Siberian prison camp outside Chita, where he was serving his first sentence.

It was unclear Friday whether he was sent back to Chita or another detention facility.

Itar-tass state news agency cited a law enforcement source confirming that Khodorkovsky had been transferred and said relatives would be informed of his new location within 10 days.

Moscow court and prison authorities could not immediately reached for comment by Reuters.

Khordorkovsky built a fortune by buying state assets cheaply after the collapse of the Soviet Union in 1991, but his business empire, which produced more oil than OPEC member Qatar, was split up and sold after his arrest in 2003.

He has said repeatedly that his convictions for fraud, theft and money laundering were ordered by senior officials who wanted to carve up his oil company and take revenge for a perceived challenge to Putin’s authority.

Khodorkovsky and his business partner Platon Lebedev were sentenced to stay in jail until 2017 in a second trial in December, but the sentence was reduced by one year on appeal.

President Dmitry Medvedev said last month it would not be dangerous to release Khodorkovsky, but Prime Minister Putin has taken a tougher stance, comparing the former tycoon to American gangster Al Capone.