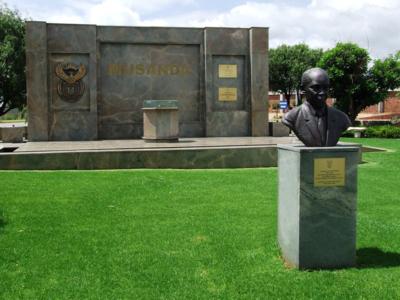 State Security is monitoring reports that a flood of violence will be unleashed on migrants and refugees after the World Cup.

Last Monday The Guardian newspaper reported that foreign migrants and refugees in South Africa had been warned to prepare for a wave of xenophobic attacks as soon as the soccer spectacular ends. This followed a statement last week from the Consortium for Refugees and Migrants in South Africa (CORMSA), which said that violence against foreign nationals continues to be a problem, with at least 10 incidents of xenophobic violence already this year.

CORMSA’s statement said many foreigners had expressed their concerns about threats of post-World Cup violence aimed at them by neighbours, colleagues, taxi drivers, passersby, nurses, social workers and police officers, the Mail & Guardian newspaper reports. “We are monitoring the situation in certain parts of the country where cases of violence against foreign nationals continue to be a cause for concern,” National Intelligence Agency (NIA) spokesperson Brian Dube told the M&G, adding that the security services believe the threat could be exaggerated.
“We want to reassure all communities that the full might of the law will be extended to those who continue to engage in these criminal activities,” Dube said. A Burundian hairdresser, who asked to be called Mariam, told the M&G about chilling advice a customer had given her. “She said, ‘My friend, I feel sorry for you because after the World Cup you will be killed. So I’m going to give you some free advice. You must go home. It’s not me but there are an organised few that are being prepared to do that to you. So when you get your money, keep it so you can go home.'”

Her compatriot, who calls herself Mushia, told the M&G that these threats have also been extended to South Africans who are sympathetic to refugees. She said a Sotho friend who runs a stall at the Yeoville market was told: “We’re preparing the paraffin and matches. We’re coming to burn you too because when we have our meetings, you’re not coming.”

CORMSA representative Duncan Breen said member organisations from across the country have been reporting similar threats to refugees. He also said there are “indications of localised meetings in some areas” and allegations that “lists of names have been drawn up, including minorities”. Tara Polzer, a researcher in Wits University’s forced-migration studies programme, said that she has seen little evidence of centralised planning of post-World Cup violence but “the idea is spreading on a local level; it’s being discussed and legitimised by being repeated over and over again”.

There has been some recognition from authorities but no significant interventions have been put in place to address the factors that sparked the 2008 attacks, Polzer said. The key trigger then was competition for leadership positions, she said. “In some cases elected officials such as ward councillors tried to solidify their support base by inciting violence and by being seen to tap into a popular concern. Given that leadership is a key trigger, and with 2011 local government elections coming up, those forms of mobilisation could increase.”

Clinical psychologist Johanna Kistner said she has heard similar stories from many of the refugees she works with in the Johannesburg inner city. They are often threatened with some kind of deadline — “after the elections”, “after Mandela dies” and now “after the World Cup” — she said, admitting that part of it might be panic. “But it’s so persistent and pervasive that we have to take it seriously,” she said.

Police ministry spokesperson Zweli Mnisi said: “The minister has not been approached officially … If people have been threatened, they need to report it to the nearest police station. If they [CORMSA] have information that is legitimate, they must come and engage with us.”