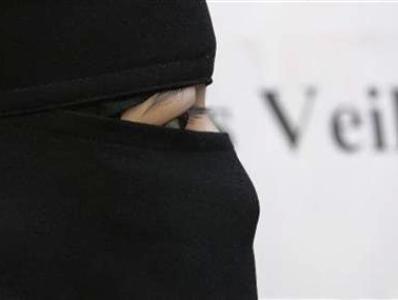 France’s ban on full face veils, a first in Europe, went into force exposing anyone who wears the Muslim niqab or burqa in public to fines of 150 euros (£131.90).

A Muslim property dealer, who is urging women to keep wearing the veil if they want to, has urged supporters to go to Notre Dame cathedral in central Paris for a silent prayer during the day, and is also offering to help people pay the fines.

Many Muslim leaders have said they support neither the veil nor the law banning it.

The timing is all the more sensitive after France’s ruling political party, President Nicolas Sarkozy’s UMP, called a debate on the place of Islam in France, a move that some say risked stigmatising a portion of the population.

Police received a guide last week to help implement the ban. It tells them not to remove veils by force. It also notes that the ban does not apply inside private cars but reminds policemen such cases can be dealt with under road safety rules.

Rachid Nekkaz, the man who called for the Notre Dame prayer, said in a webcast that he was putting a property worth around two million euros up for sale to help fund his campaign.
“I am calling on all free women who so wish, to wear the veil in the street and engage in civil disobedience,” he said.

French police arrested 59 people Saturday who turned up for a banned protest over the veil ban, one of them on arrival in France from Britain, according to a police spokesman.