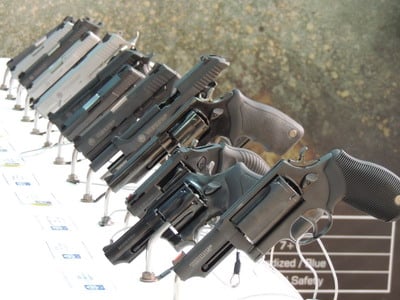 Police Minister Bheki Cele says to deal with the proliferation of illegal firearms – which are a major contributor to crime levels – the department is in the process of approaching Cabinet to consider another firearm amnesty period.

Cele said this when he tabled the department’s budget vote in Parliament on Thursday.

The aim of the amnesty period is to reduce the number of illegal firearms; provide firearm owners with the opportunity to hand in unwanted firearms and prevent crime and violence and promote safety.

He said the amnesty period will also address the fundamental causes of crime, in order to effectively protect communities and help ensure people living in South Africa are safe.

“We are making a call for action to the community to make use of this opportunity since we are going to have no mercy when we deal with any unlawful possession of firearms,” he said.

The task team, which operates under the guidance of the Inter-Ministerial Committee, was appointed by President Cyril Ramaphosa in an effort to create a safe and secure political environment in the province.

“To date, the political killing task team has 170 total number of allocated cases, 174 suspects have been arrested, 44 suspects are still in custody, 52 suspects are on bail and 29 convictions have been secured.

“The dedicated political killing task team continues to work on prosecutorial guided investigations of all politically related murders in the province of KwaZulu-Natal in accordance with the rule of law.”

The Minister said the progress made to date by the task team is highly commendable and evidence of the commitment to serve with integrity without fear or favour and prejudice.

Cele said the reduction of crime levels, specifically trio crimes and crimes against women and children, remain a challenging task despite recent successes in policing this area.

The men and women in blue cannot do it alone, the Minister said, adding that an integrated approach involving the communities needs to be implemented.

“The cluster is currently implementing the Community Policing Strategy and Communities in Blue Policing Concept, which is aimed at reaffirming the government’s commitment to building safer communities through community policing partnerships; and to further operationalise the concept of community policing with a view of stimulating active citizenry and citizen participation in the fight against crime.

“We urge communities to partner with us in ensuring that through community activism we hold SAPS management accountable for their safety.”

KZN to clamp down on stock theft