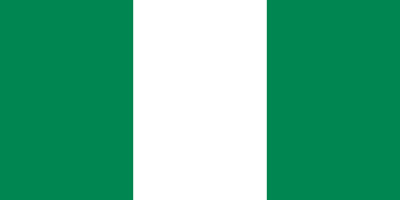 Nigeria’s military is tasked with preserving the country’s territorial integrity, contributing to national emergencies and security, promoting security in Africa and furthering Nigerian foreign policy, and contributing to global security. Since independence, Nigeria has experienced five military coups, as well as separatist and religious wars, and these years of military rule has negatively affected the equipment, morale and discipline of the armed forces. However, the Nigerian military has been undergoing a process of transformation since 2008 and has been expanding and re-equipping.

A Joint Task Force (JTF) was established to respond to terrorism and other threats in the Niger Delta. Defence spending has been growing rapidly over the last several years, especially in response to the numerous security challenges the country is facing, notably the Boko Haram insurgency, piracy in the Gulf of Guinea and oil-related crime in the Niger Delta. Other security issues include civil insecurity and terrorism, religious and ethnic violence, drug trafficking and arms smuggling.

The Nigerian Army is the largest of the three branches of service, with some 100 000 personnel, and is facing the brunt of the country’s security challenges, notably the Boko Haram insurgency. A large portion of the Army’s budget has been spent on improving military facilities and supporting internal security and foreign peacekeeping deployments. Nigeria has been trying to modernise its Army by making it more professional, more sustainable and more rapidly deployable.

Many of the Nigerian Navy’s vessels are in poor condition due to lack of maintenance, but the Navy is embarking on a highly ambitious expansion programme that aims to acquire 49 naval vessels and 42 helicopters over the next decade. A number of vessels have been delivered over the last several years, such as the ex-US Coast Guard Hamilton class cutter NNS Thunder, and dozens of inshore patrol vessels. The Nigerian Navy will receive two more ex-United States vessels in 2014, the US Navy Survey Ship John McDonnell and the US Coast Guard Cutter Gallatin. China Shipbuilding and Offshore International Limited will deliver two 95 metre 1 800 ton offshore patrol vessels in the next couple of years.

After years of neglect, which saw dozens of aircraft like the Jaguar and MiG-21 fleets grounded, the Nigerian Air Force is refurbishing existing airframes and acquiring new types. It has, and continues to, reactivate stored C-130s, L-39s, Alpha Jets, Pumas and G.222s using domestic and foreign companies like the local Aeronautical Engineering and Technical Services Limited (AETSL).

Nigeria is slowly growing its local defence industry, with local companies manufacturing everything from small arms to patrol boats. Modant Marine and the Naval Dockyard have built boats for the Navy – notably, the Dockyard in mid-2012 delivered to the Navy the 31 metre NNS Andoni patrol boat. More are under construction. On the land systems side, in July 2012 the Nigerian military commissioned Nigeria’s first locally produced armoured personnel carrier, the Igirigi, built by DICON-Marom, a joint venture between the Defence Industries Corporation of Nigeria (DICON) and Israel’s Marom Dolphin Nigeria Limited.

The local aerospace industry is involved in the maintenance of some Nigerian military aircraft while the Air Force Institute of Technology is developing the Amebo series of unmanned aerial vehicles.

Nigeria has repositioned its military as an African peacekeeping force – it has been, and remains, one of Africa’s leading peacekeeping nations and has spent over $10 billion contributing personnel and equipment over the last fifty years. Since 1995 it has deployed peacekeepers to Liberia, Ivory Coast, Sierra Leone, Sudan (Darfur), Mali and Somalia.
5. Country threat report