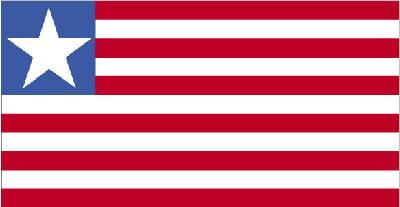 When Liberia’s 14 year long civil war ended in 2003, the country’s military was left in tatters. It was left to foreign countries to reform the armed forces, after demobilising 100 000 former combatants.

In September 2003 the United Nations Security Council formed the UN Mission in Liberia (formally activated on October 1, 2003), to implement the ceasefire agreement following the country’s civil war and facilitate the peace process as well as assist in national security reform, including national police training and the formation of a new military.

Apart from UNMIL, African and Western countries, such as Ghana and the UK, have played a part in restructuring Liberia’s military. Since 2006 the United States has been supporting the reform of Liberia’s military through the Liberia Security Sector Reform programme, from January 2010 known as Operation Onward Liberty. In 2005 the US began funding DynCorp International and Pacific Architects and Engineers to train 4 000 Liberian military personnel.

In August 2008 Liberia’s President formally created the new Armed Forces of Liberia (AFL). The National Coast Guard was formally re-established in February 2010. It operates two US Coast Guard Defender class boats donated by the US in February 2011. The 2008 defence act calls for the creation of an Air Wing, which will take place at some stage in the future.

Liberia’s military has almost no hardware, as almost all aircraft, equipment, materiel and facilities were damaged or destroyed during the Civil War. The country has received almost no new equipment, apart from some 50 assault rifles, 200 000 rounds of 7.62 and 100 000 rounds of 9 mm ammunition received from China in 2008.

In June 2013 Liberia sent approximately 50 troops to join the United Nations MINUSMA peacekeeping mission in Mali, its first peacekeeper deployment since the 14-year civil war ended. The only other time Liberia has deployed peacekeepers was in the 1960s when it sent troops to the Democratic Republic of the Congo.