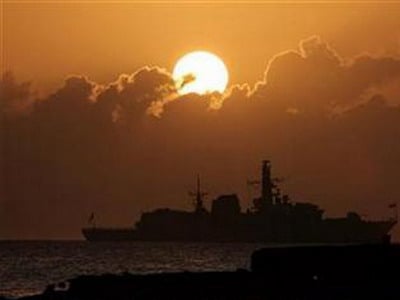 Somali pirates say they have freed a Syrian owned and Togo-flagged ship seized this year after they received a US$2.5 million ransom.

The 24 022 deadweight tonne MV Khaled Muhieddine K crewed by 22 Syrians and three Egyptians was taken by pirates in January in the North Arabian Sea, approximately 330 nautical miles southeast of the Omani port of Salalah.

Somali pirates said late on Wednesday they had received the ransom drop on Wednesday morning.
“The ransom has been dropped early in the morning and it was US$2.5.million. We have abandoned the ship and it has just started to sail away from our shores safely,” a pirate who gave his name as Omar told Reuters from the pirates hideout of El-Dhanane.

Andrew Mwangura, a Kenya-based former maritime official and now the maritime editor of The Somalia Report said he was aware negotiations for the release of the ship were at an advanced stage, but was trying to confirm news of the ship’s release.

Somali pirates are making tens of millions of dollars in ransoms from seizing ships, including tankers and dry bulkers, in the Indian Ocean and the Gulf of Aden, despite the efforts of foreign navies to clamp down on such attacks.

The Somali government seized two aircraft on Tuesday carrying a US$3.6 million ransom payment to Somali pirates in order to free hostages.

Sources said the ransom payment was intended for pirates holding the Chinese-owned cargo YUAN XIANG, which pirates seized on Nov. 12 with its 29 crew members.

Maritime piracy costs the global economy US$12 billion a year according researchers.