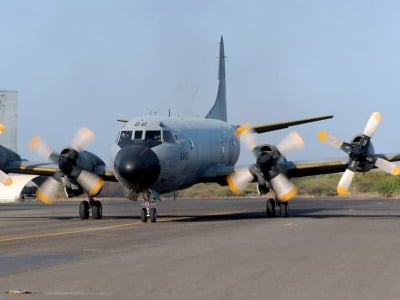 Deterrence, repression and prevention of piracy begins with the identification of the threat. Consequently the European Union Naval Force (EU Navfor) has been making use of Spanish Maritime Patrol Reconnaissance Aircraft (MPRA) for nearly 10 years with 1000 missions and more than 10,000 hours flown to keep a watch from the skies.

The Spanish MPRA Detachment in Djibouti has recently reached the major milestone of 1000 missions during their commitment to Operation Atalanta since December 2008, EU Navfor said on 23 July.
“The highly capable Orion P-3C can operate either alone or in coordination with other assets including EU Navfor’s helicopters and warships. It can use its inherent flexibility, speed, reach, and response time, to assist maritime vessels under pirate attack. Both Spain and Germany have deployed MPRAs to the Somali coast since the start of Operation Atalanta. The expertise gained by their respective crews is a key factor contributing to the success of the EU Navfor operation,” the Force said.

Since the beginning of the operation, MPRA’s have been key elements in the fight against piracy in the waters of the Indian Ocean. Collaborating with the Naval Units of EU Navfor Somalia and other Djibouti based MPRA’s (operating with CTF151) provides stability and security to the ships that pass through the zone, EU Navfor said.