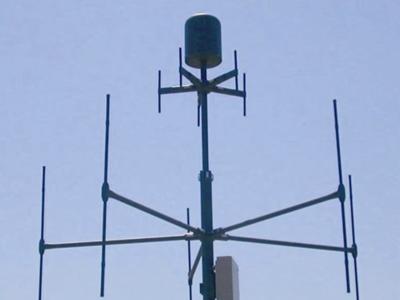 The electronic warfare (EW) threat is real and growing and the South African Air Force (SAAF) needs to develop and grow local capabilities in response, despite budget constraints, according to a SAAF official.

Lt Colonel Quinton Dickson, speaking at the AOC’s Aardvark Roost Electronic Warfare Conference on 7 November, said EW is a force multiplier and a critical aspect of airpower, and for the SAAF is a crucial aspect in the conduct of intelligence for operations. Effort needs to be maintained to preserve and grow South Africa’s EW capability.
“The SAAF has maintained a signals intelligence (SIGING) capability to this day but it remains constrained and limited by budget. Nonetheless, it can still be valuable in the field of operations, especially on the tactical level, making a valuable contribution towards early warning, situation awareness and even on a more strategic level,” Dickson said.

In terms of electronic countermeasures (ECM), the SAAF has some communications and radar jamming capabilities through the Oryx Communication Jammer and Oryx Radar Jammer. It also has some latent electronic warfare capabilities in the form of the Navy’s Super Lynx, and the Gripen, and with the EW-configured C-47TP version, although this is only used for training as it would be a “sitting duck” in an operational environment. The SAAF also has a ground based mobile signals intelligence system.

Dickson said that the SAAF cannot afford not to acknowledge that the electronic warfare threat is real and growing and EW is not a capability South Africa can afford to use. This is especially pertinent given more involvement in future Southern African Development Community and African Union missions. “The SAAF will encounter more hostile environments and needs to be adequately prepared.” He added that local industry will be an essential component in ensuring the SAAF has a continued EW capability.

Dickson noted that the SAAF already operates in a diverse environment with many potential threats, from surface-to-air missiles to fighter aircraft – in Central Africa, for instance, there are surface-to-air missiles in the possession of countries like South Sudan and this is a concern because South Sudan borders on the Democratic Republic of Congo (DRC) where South Africa has peacekeepers. An SA-16 missile was in 2016 apparently found in the DRC, where South Africa flies Oryx and Rooivalk helicopters on behalf of the United Nations. The SAAF also regularly flies VVIP aircraft across the continent on diplomatic missions.

“We must be doing something right” – SANParks