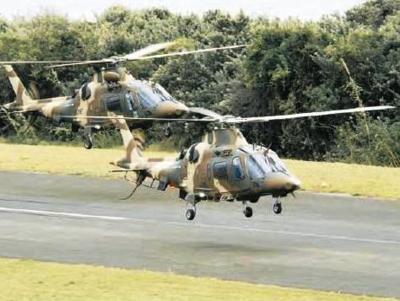 Former British Prime Minister Tony Blair should have been summoned to testify at the Seriti commission of inquiry, arms deal critic Terry Crawford-Browne said on his first day in the witness stand.

“Judge Seriti will recall in August 2012 I requested that the former British Prime Minister Tony Blair be subpoenaed to testify about the bribes and pressure he exerted on behalf of BAE Systems,” he told the inquiry in Pretoria.
“Regrettably, the chairman ruled it was premature to subpoena Mr Blair, the man who is widely regarded internationally as a war criminal.”

He said, according to an SA Press Association report, the opportunity of investigating the role of the British arms manufacturer and the Bank of England “in the destabilisation of resource-rich Asian and African countries” was lost. “Not only is Blair remembered for his lies in 2003 about Iraqi weapons of mass destruction, but he is now closely associated with the wars both in the Democratic Republic of Congo and Palestine,” Crawford-Browne wrote in his affidavit.

President Jacob Zuma established the inquiry, chaired by Judge Willie Seriti, to probe alleged corruption when government acquired, among other hardware, 26 Gripen fighter aircraft and 24 Hawk lead-in fighter trainer aircraft for the air force, and frigates and submarines for the navy. Crawford-Browne said the Sunday Times report of September 28, about bribes allegedly paid to Zuma, highlighted the abuse of state institutions. “Although it may not have been illegal in 1998/99 in Britain or Germany to bribe foreigners, it has long been illegal in South Africa to receive bribes,” he said.

The finance minister at the time of the arms deal, Trevor Manuel, should have investigated the alleged bribery and corruption, Crawford-Browne said.
“Instead, and in gross abuse of those responsibilities, Manuel actively engaged in cover-up of corruption and fraud associated with the arms deal,” Crawford-Browne said. He said the Sunday Times allegations, though not new, confirmed the malevolent roles of European governments in fostering corruption in countries such as South Africa.

Crawford-Browne said in 2012 Swedish TV4 exposed the role of newly elected Prime Minister Stefan Lofven in facilitating payments of R30 million to ANC MPs. The money was allegedly laundered via Swedish trade unions as funding for an industrial training school.
“In 1998 Lofven was the international officer for the Swedish Chemical Workers Union and the bribes were alleged to be laundered via Sanco (the South African National Civic Organisation) and Moses Mayekiso.
“This illustrates the extent of corruption in the international arms trade even in squeaky clean Sweden,” Crawford-Browne said.

Mayekiso is a former ANC and Congress of the People member who was the Workers and Socialist Party’s presidential candidate. He served as the inaugural secretary general of the National Union of Metalworkers of SA and was among the first leaders of Sanco.

Zuma apparently signalled his acceptance of the bribe by remarking during a meeting with Alain Thetard, the then-head of Thales’s South African subsidiary Thint that “I see the Eiffel Tower lights are shining today”.

Thint is one of the companies linked to the country’s arms-deal controversy. In 1997 Thint was awarded a multi-billion Rand contract to equip four new navy frigates with combat suites. The Sunday Times alleged claims emerged from transcripts of a confidential arbitration hearing between Sooklal and Thales over a fee dispute. The Presidency said there was “nothing new in the allegations”.