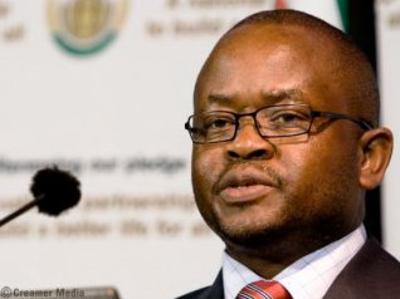 It is commonly assumed laws are made by Parliament, hence that organ’s alternative names of “legislature” or “lawmaker”. However, in South Africa, at least, this is quite rare. Government spokesman Themba Maseko (pictured) explained the process to journalists in a post-Cabinet briefing on August 5, 2010 (http://www.info.gov.za/speech/DynamicAction?pageid=461&sid=11985&tid=14378)

The drafting of Bills is a fairly tight process, Maseko said. “A department drafts a Bill, it takes it to the state law advisors who look at the Bill and check whether a particular Bill conform with the Constitution. As soon as that is done it is then brought to Cabinet for discussion. And the real discussion takes place in the Cabinet committees where extensive discussion takes place. Now a Bill is either approved for public comment or for tabling in Parliament. If a Bill is published for public comment before going to Parliament then what Cabinet basically say is that it wants to get feedback from the public about the Bill before it is submitted to Parliament. But if a Bill is submitted directly to Parliament, the Portfolio Committee then look at the Bill call for public comments on a particular Bill before the bill can actually be signed off as a piece of legislation. What is built into the process and something that we all should be proud of is the fact that the public is given the opportunity to comment on any Bill before it is finalised. I think that those in our view constitute sufficient checks and balances to make sure that we do not pass Bills that do not have the support of the public.
“At this stage I can assure you that there is no clause that goes into a Bill by accident; there is a lengthy process that looks at each and every clause in detail in Cabinet committee meetings. So whatever clause you are seeing in this piece of legislation was not there by accident. However, through the public hearings process, through interaction between Government and the media, it may very well be that some new understanding could be reached and there could be some amendment to a Bill. If you use the Film and Publication Bill as a classical example, the Bill was tabled, there were extensive discussions between media and Government and those interactions led to some amendments of that Film and Publication Bill which is a clear demonstration that Government is always willing to engage with the media on clauses that the media believe are a major hindrance to press freedom.”