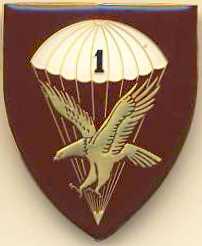 In August 1943, during World War Two, the SA Air Force established a parachute company. The subunit was disbanded before training was complete. Some 501 South Africans served with distinction in British airborne units, mostly with 2 Independent Parachute Brigade in Italy, France and Greece.

In 1960 a decision was taken to establish an airborne unit in the SA army. A group of officers and other ranks under command of Lt Col WP Louw underwent parachute training in Britain. On April 1, 1961, they founded 1 Parachute Battalion. The unit’s first operational mission came in August 1966 when they assisted police in an attack on a People’s Liberation Army of Namibia base at Ongulumbashe in western Ovamboland. That date is now a public holiday in Namibia, commemorating the start of their freedom struggle.

The unit would be involved in that theatre until the end of the border conflict in 1989, although some elements also operated in support of Rhodesian forces in the late 1970s, using the “fire force” concept developed there. Heliborne fire forces were also used in Ovamboland and in the then-northern Transvaal.