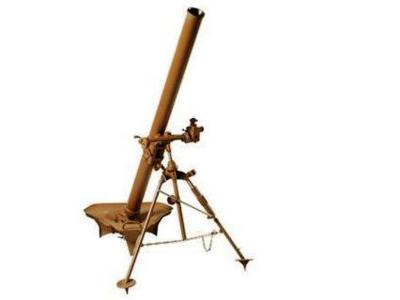 The order, worth R214 162 931, was placed on May 6 and is an extension of tender ESCW/2004/535. As such it may be a follow up of a previous order. The Ministry of Defence in September 2006 told Parliament that the SA army had in the midle of that year placed an order for 102 mortars for R101 million as part of Project Acrobat, to be delivery expected from 2009 to 2010. It is not clear if these deliveries have taken place.

The number ordered in 2006 was sufficient to equip 12 infantry battalions at a scale of eight tube per unit and leaving six tubes for training. The M6, with its long-range ammunition, can fire to 6180m and has the lethality range and lethal area substantially better than the M3 81mm mortar, regarded by many as no mean feat.

The Army acquired the type for its airborne (parachute and air assault) as well as motorised infantry, who will likely use it in place of the older M3 81mm mortar as it is lighter at 34kg (compared to the M3’s 42.8kg) to a greater range and effect. The M6 is, however, much heavier than the M1 60mm mortar with bipod (18.7kg) or the M4 patrol mortar (“patmor”) variant at 7.8kg. This, however, has a maximum range of just 2100m.