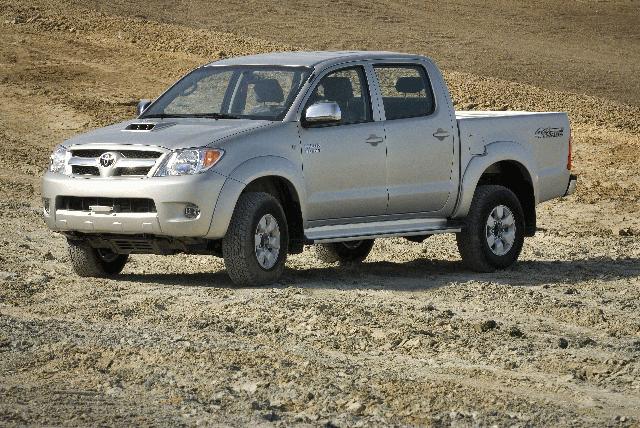 BAE Systems has for the first time unveiled its armoured Toyota HiLux and a Gunner Protection Kit demonstrator in the Middle East, showcasing both at this year’s edition of IDEX, now underway.
The Toyota HiLux is just one of the commercial vehicle models BAE Systems armours to provide protection from various levels of ballistic and IED threats.
BAE Systems says commercial armoured vehicles utilise many of the same technologies and systems as those incorporated in the armored military vehicles.
The upgrade is designed to be inconspicuous and the armoured HiLux cannot be distinguished from its unarmoured counterparts, providing extra security to the occupants.
BAE Systems’ Security & Survivability Systems president Tony Russell says the company has a rich heritage in commercial armored vehicles that dates back to the 1940s when the company designed its first armored vehicle for President Harry Truman.
The company is now the largest commercial armoured vehicle supplier to the US government and has produced more than 13 000 of these vehicles.
“We invest in the research and development of innovative armour solutions that address the latest threats faced by our customers in the governmental, defence and commercial sectors,” adds Russell.
“The global need for light-weight, cost-effective, ultra-reliable armour solutions is ever increasing and we are committed to fulfilling this need.”

Meanwhile, BAE Systems’ Gunner Protection Kits are an example of BAE Systems’ ability to provide various survivability components, such as turrets, battery powered motorised traversing units and door assist systems for a range of ground-vehicles.
These systems, and many others, are used on many of BAE Systems’ vehicles and products and are also sold to other defence contractors and original equipment manufacturers.