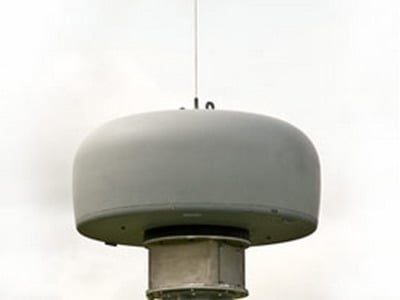 Alaris Antennas is promoting its DF-A0037 direction-finding antenna for maritime use after adapting it for this more demanding environment.

The DF-A0037 was originally developed as a land-based mobile direction-finding antenna system and is one of Alaris’ most successful products. It is in service with naval peacekeeping forces from Europe, Asia and Australasia. It is capable of monitoring signals and tracking their direction of source (direction finding) in the high frequency (HF), very high frequency (VHF) and ultra-high frequency (UHF) bands. The product is used in applications such as intelligence gathering, counter-piracy, counter-smuggling, deterring illegal fishing and general security tasks.

The DF-A0037 was first unveiled in 2010 and, according to Alaris Holdings CEO Juergen Dresel, continues to be refined and customised to meet the requirements of each naval customer.
“It is a mature, proven product that is in great demand and we see strong future potential in markets such as the United States and South America. It is also under consideration by South Africa,” he said. “We have filled a niche in which we have a market-leading expertise and a solid track record. The DF-A0037 requires more than just antenna knowledge. It entails wider system knowledge so that, on a naval vessel, the competing frequencies of other equipment can be filtered out to enable the product to operate at maximum efficiency. This necessitates specialist know-how in which we have a strong competitive advantage.”

Key specifications of the DF-A0037 include a direction finding frequency range of 1–3600 MHz and three frequency bands.

It has been hardened for harsh maritime environments and able to cope with intense cold, extreme corrosion, ice, rain, hail, vibration and the constant jarring force of the waves.