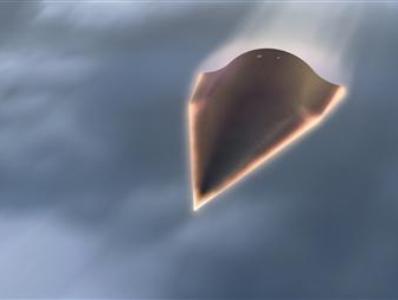 One could wonder why there would be such an urgency to cooperate on a still non-fielded military capability/ According to the think-tank experts, what is at stakes is nothing less than the obsolescence of traditional, and still ultimately relied on, nuclear deterrence, as well as missile defence. This type of ultra-fast, game-changing weapon would result in heightening the risk of nuclear preventive strikes or the “fire on warning” strategy due to the inability of nuclear powers to accurately detect, monitor, and defend against it.

But while speed is one valuable asset in the world of missiles and missile defence, manoeuvrability is the holy grail. Such strategic weapon would likely replace traditional strategic missiles (ICBMs for instance) whose trajectories, once fired, are today quite predictable. Such predictability is a cornerstone of present nuclear deterrence as well as missile defence systems architecture.

Currently, two types of hypersonic are emerging: Hypersonic glide vehicles (HGVs) and Hypersonic cruise missiles (HCMs). The first is mounted on top of a conventional rocket and released in near space. It then descends to is targets by gliding. The second is powered by rockets or advanced jet engines, such as scramjets (supersonic combustion ramjets). Such weapons should be ready, according to the report, in the next decade. As one can imagine, only the most militarily advanced nations can master such technology.

Currently the United States, China and Russia are developing and have tested such technologies. China’s WU-14 HGV performed tests flights in 2014 and 2015. Russia, which announced a successful HGV launch in 2016 is also making progress.

The other less advanced countries developing hypersonic technologies are France, Australia and India. Paris is currently developing a hypersonic cruise missile technology for us in an air-to-surface nuclear weapon delivery vehicle dubbed the ASN4G. France is also developing the LEA vehicle with Russia. The programme, still active today, is developed by missile maker MBDA and state R&D agency ONERA. The report states that tests were planned between 2014 and 2015. India on its side is working on a hypersonic cruise missile (BrahMos II) officially for a conventional ant-ship role. This programme is being jointly developed with Russia. Interestingly it is mentioned that Australia, and more particularly researchers from the University of Queensland, are actively working on an R&D programme on scramjets. The Hypersonic International Flight Research Experimentation (HIFiRE) involves the research group as well as Australia’s Defence Science and Technology Group alongside the U.S Air Force Research Laboratory.

Overall, 20 countries are investing in the development of hypersonic technology. The authors fear that such technology, if used as a weapon, would greatly reduce “warning time”. For instance, if today’s ICBM were to be launch by Russia or the United States, the timespan between the launch and the detonation would be around 20 minutes. Already compressed, it still enables countries with advanced missile defence/sensors, to identify the launch, assess the probable target, and decide to fire back. With HGVs or HCMs, such time is reduced to 6 minutes, thus severely challenging actual Command & Control process and systems.

In order to ensure that such advanced technology does not disseminate, the report recommends the development of “multilateral export controls.” One should note that Richard Speier, one of the study’s authors, participated in the negotiation and implementation of the existing Missile Technology Control Regime (MTCR). This export control regime was established to prevent the spread of weapons of mass destruction (WMD). The new regime recommended by RAND would consist of the strict prohibition of exporting hypersonic missiles and their major subsystems. It would also comprise case by case export reviews for dual use goods such as scramjets and hypersonic engines, components, fuels, flight controls as well as design tools, modelling and simulation and testing for hypersonic systems.

Hypersonic weapons: a challenge and opportunity for strategic arms control