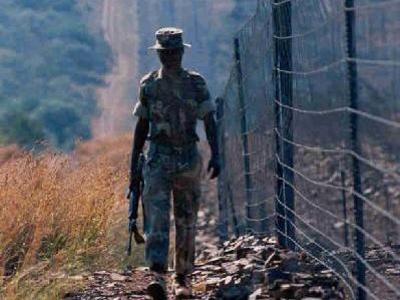 Protecting a nation’s borders was among the first tasks to fall to armies. Similarly, protecting a nation’s waters and its seaborne trade were among the first tasks of navies. In neither case was the threat necessarily an attack by forces of another nation; it could as easily be the threat of roving bandits or pirates. In more recent times, air forces have been given ‘air policing’ tasks, to intercept and interrogate and, if necessary, force down unidentified aircraft.

Some countries have established dedicated border guard and coast guard forces, although they mostly fall under the military in time of crisis or war. That is an option, but not one that South Africa can afford – another one or two bureaucracies on top of a bloated cabinet is the last thing needed now. So these tasks fall mainly to the South African National Defence Force.

Land Border:
4 862 km with six countries, with very different and sometimes difficult terrain – consider the Richtersveld, the Kruger National Park and the Lesotho border. Risks include illegal immigration, movement of stolen goods, ordinary smuggling, drug smuggling, rustling, poaching and the movement of terrorists and explosives and weapons. More dangerous would be insurgency in a neighbouring country, with the risk of spill-over across the border.

The Defence Force believes 22 companies are needed to patrol the borders effectively, and that seems reasonable. But the very varied terrain suggests dedicated border patrol units organised and equipped for their specific sectors, rather than infantry battalions. The risk of corruption that comes with permanent units can be reduced by rotating infantry units through border patrol as part of platoon and company work-up and continuation training.

Staying with the 22-company estimate suggests that six dedicated battalions would be needed, with optronic and radar sensors, COMINT (communications intelligence) systems, suitable patrol vehicles and in some sectors also motorcycles and horses. Whether it is wise to use only unprotected vehicles seems open to question, given the trends in organised crime; lightly armoured vehicles seem a better bet.

These units will need aerial surveillance support using UAVs, both small tactical types at patrol level and larger types for routine borderline surveillance. There will also be a need for manned aircraft for airborne command support in more complex situations, and for helicopters to deploy reaction teams. The present Caravan and Oryx fleets will suffice, but it would be good to fly some high-altitude missions with Gripens or Hawks to add uncertainty, and those would also be good training for the aircrew.

Maritime Border:
2 798 km giving an Exclusive Economic Zone of 1 068 659 km2, plus the 466 879 km2 EEZ of Marion and Prince Edward islands, 1 700 km to the southeast, and perhaps the 880 000 km2 continental shelf claim. Resources include fish, oil and gas, diamonds and mariculture. To that must be added that South Africa depends on maritime trade for 65% of the GDP, more if one considers that 70% of oil is imported and is vital to the overall economy. Risks include illegal fishing, ordinary and drug smuggling, pollution and illegal immigration. South Africa is also not immune to a Mumbai-style terrorist attack or other maritime terrorism.

Patrolling our waters effectively will require a combination of surveillance aircraft plus patrol vessels to intercept, board and arrest. The aircraft can be twin turboprops with radar, optronic sensors, AIS and COMINT, deploying from their base to various coastal airfields on a pseudo-random basis to patrol from there. Depending on the type, and if perhaps complemented by surveillance UAVs, an initial force of six should suffice for now.

The patrol vessels will need the speed to respond quickly, the endurance to maintain extended presence, and the range to approach suspect vessels from an unexpected direction. They should have UAVs for reconnaissance, plus a helicopter for closer inspection, to cover boarding parties and for rescue work. That argues for a ship of at least 80 to 90 m. The length of the coast and the distance of some fishing grounds from ports, argue for four ships at sea or at immediate readiness at all times. Assuming 240 operational days per ship per year, the need is for at least six OPVs. Allowing time for other tasks and work-up after refit, eight would be a safer bet.

That leaves the islands. Not many aircraft have the range/endurance required, but the same performance is needed to meet our SASAR (SA Search and Rescue) area obligations. A force of four suitable aircraft could suffice for now. A ship intended to patrol off the islands for extended periods in rough weather, will need to be quite substantial. That task can fall to the frigates as part of their work-up periods and to Drakensberg. In the long run it might be worthwhile building a dedicated ocean patrol vessel or two for this task and regional and SASAR work.

We can also learn from the Canadians, Dutch and Colombians, and use the submarines to build and maintain a picture of activities without being noticed.

Air Border:
4 862 km of land borders, plus a portion of the coastline, given that aircraft could fly over the sea around the land borders. The need is not just to monitor the borders, but also the air space as such: Once an aircraft has crossed the border, it can fly deep into South Africa to deliver or collect its cargo. Risks include smuggling, drug smuggling, illegal movement of people, movement of explosives and weapons by terrorists and potentially use of an aircraft as a weapon (hence the insistence that South Africa demonstrate effective air space control if it wanted to host the 2010 World Cup).

The immediate challenge is inadequate radar coverage, with only two fixed AR3D radars to cover the northern and north-eastern borders, backed up by a number of deployable AR3D and mobile TMR systems. The ideal would be to add fixed radars to cover the western borders and the northern coastal segments, plus some airborne systems to give pseudo-random coverage of areas where low-flying aircraft could evade ground radars. An interim solution might lie in small, low-cost mobile radars to provide pseudo-random coverage together with the larger deployable and mobile systems.

Once aircraft are detected, they must be intercepted, identified and, if necessary, forced down. The Gripens can handle the interception and can shadow, but some should be deployed to Upington and Hoedspruit to provide quicker response along the borders. Quick-response arrest teams to deal with smuggling aircraft as soon as they land, before people can disperse, would best be deployed by pairs of Oryx stationed near the borders, perhaps supported by a turboprop aircraft with optronic sensors as an airborne command post. That could be a Caravan or a suitably equipped PC-7 Mk 2.

The bottom line is that if we want to control our borders, we must patrol them, and we must do so effectively. That requires adequate and appropriately equipped forces.

It will also require a much greater and closer level of cooperation with our neighbours and, given the range of ships and aircraft, among the countries of the SADC as a whole.