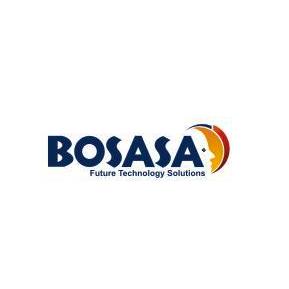 The National Assembly’s Portfolio Committee on Correctional Services yesterday expressed dismay at the scale of tender corruption in the prisons department that included allegations that the Bosasa group had paid R2.1 million in bribes to an official to secure business worth R1 billion.

Democratic Alliance shadow prisons minister James Selfe said the allegations were “the most shocking I have heard in 15 years in Parliament”. They included that companies in the Bosasa group allegedly bribed suspended correctional services department chief financial officer Patrick Gillingham with R2.1million worth of cars, rugby tickets, an overseas trip, a new kitchen and house renovations.

Hofmeyr said that the investigation could not establish a legal source for those benefits but was satisfied the payments came from the company, Business Day newspaper reports this morning.

The SIU chief said the reports were completed in August and sent to state prosecutors for a decision.

The Business Day notes that although Hofmeyr named no one in his briefing to the Portfolio Committee yesterday, his report implied former correctional services minister Ngconde Balfour “could be in deep trouble”. Balfour is currently High Commissioner to Botswana.

Hofmeyr said the department’s accounting officer and chief financial officer at the time let the unnamed company write tender specifications on at least four multimillion-rand contracts so only it would qualify for them. The Afrikaans daily Beeld and the Mail & Guardian newspaper has previously alleged the company concerned was Bosasa, headed by Gavin Watson.

The Department of Correctional Services’ annual reports show the accounting officer at the time in question was national commissioner Linda Mti and Gillingham the CFO. Balfour’s role was not mentioned in Hofmeyr’s report.

Business Day adds that when Mti’s successor, Vernie Petersen, began cracking down on corruption in the department, Balfour had Petersen transferred to the Department of Sport as director-general.

Hofmeyr declined to name the officials or the company “as there had been heavy litigation and there was the risk of harming potential criminal and civil cases, warned that the government could be exposed to civil claims by companies that lost out in the tender process,” the business broadsheet said.

Hofmeyr also said that because of the clear evidence of tender rigging there was scope for the recovery of some damages from the company.

Among the contracts was an access-control system worth R254 million and a deal to run a number of prison kitchens worth R250 million a year for three years. This, Hofmeyr, said, was extended irregularly for a year. It is well-known that Bosasa ran these contracts.

The Sowetan newspaper, in its report notes Balfour instructed Petersen to extend Bosasa’s catering contract without putting it out to tender. Petersen had refused, it adds.

He was then swopped with sport department DG Xoliswa Sibeko. (Balfour had previously been sport minister.

Sibeko was suspended in July this year for allegedly renting a house for R35 000 a month, instead of staying in an official residence, The Sowetan adds.

“Nandi Mareka, the acting CFO who replaced Gillingham, was also suspended, leading many to conclude that the department was rotten to the core.”

The Sowetan adds Bosasa also allegedly made payments in 2005 and 2006 to Mti, now head of security for the 2010 World Cup.

Selfe said the SIU told the committee there had been clear deviations “from Treasury supply chain management regulations in the award of the contracts.”

“The SIU concluded that improper procurement policies were followed and that the companies concerned were unduly and unlawfully advantaged.”

Bosasa disputes the SIU’s findings. Company executive director and spokesman Paul Leshabane called the findings “speculative” and said the SIU had arrived at them “without hearing Bosasa’s side of the story.” As such, Bosasa disputed them and will deal with the matter in the appropriate forum.

The SABC earlier this week reported that the Department of Home Affairs was also reconsidering a R7.5 million-a-month contract Bosasa has to run the Lindela repatriation centre at Krugersdorp, west of Johannesburg.

The cost of running the centre has come under scrutiny following a meeting of the National Assembly’s Standing Committee on Public Accounts (SCOPA) that reportedly concluded the price was too high and was a “rip off.”

Phakisa Fleet Solutions, a Bosasa subsidiary is also under fire in the Eastern Cape for a R3.9 billion provincial vehicle management contract that the legislature there deems too pricey. The deal s currently being probed by the Auditor General, the Weekend Post, a Port Elizabeth Saturday broadsheet reported earlier this month.