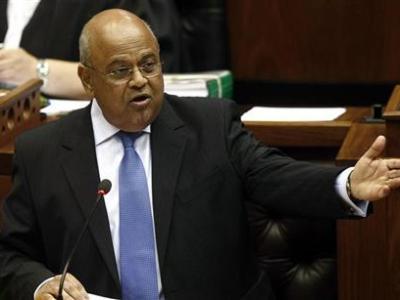 MR J F SMALLE (DA) TO ASK THE MINISTER OF FINANCE
(1) Whether the SA Revenue Services (SARS) has been informed of any cases where fake bank accounts have been established by non-existent directors of companies at the Companies and Intellectual Property Registration Office (Cipro); if so,

The other 6 cases are still under internal investigation.
(4) SARS cannot penalize companies whose legitimate refunds were fraudulently diverted. Measures are in place to rectify fraudulently changed bank details so that outstanding refunds may be returned to those who have a rightful claim for such refunds.
(5) (a)(b)(aa)
(i) One SARS employee and one SARS contractor have been implicated. The SARS employee was suspended without pay pending the final outcome of a disciplinary hearing. Both individuals are currently on bail and face criminal charges of fraud and corruption.
(ii) SARS and CIPRO have set up a joint task team to address the situation. This co-operation has led to CIPRO alerting SARS of detected suspicious changes of registered particulars of companies as soon as these are detected. Early warning has enabled a swift response and the prevention of the diverting of refunds.
(bb) SARS recognises that motives and values of people play a key role in influencing their behaviour. For this reason, promoting a service culture based on the highest standards of professionalism is an ongoing priority for the Revenue Service.

This is reinforced by a theme that runs across all our internal communications and campaigns that of SARS’s ‘higher purpose’ role in collecting the revenue at the heart of the country’s development programme.

In enhancing integrity, SARS promotes a clear Code of Conduct to raise employee’s awareness of the standards of personal and professional behaviour required of them to maintain public confidence in the integrity of SARS.

In addition, the following practices are also employed:

Managers are assessed and recruited for their commitment to the higher purpose.

Ethical conduct is promoted at all levels.

Staff who report corrupt activities are rewarded and celebrated at the annual awards ceremony and in many instances, take the top awards.

Compulsory declaration of private interests by staff that is audited by internal ethics office.

Aggressively vetting all new employees and all promoted employees prior to appointment in new position.

The names and details of staff members arrested for suspect corrupt activities and the outcomes of their cases are publicised internally and in the media as part of a name and shame strategy to stigmatise such behaviour and so deter others from following suit.