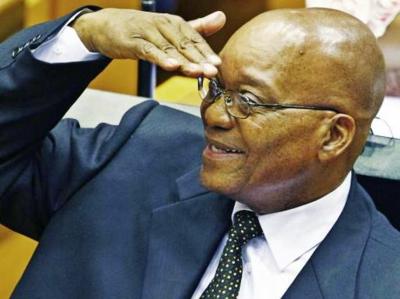 Ms J L Fubbs (ANC) to ask the President of the Republic:

What are the benefits of being a member of the Brazil, Russia, India, China and South Africa (BRICS) group with regard to (a) trade, (b) productive investment, (c) industrialisation,
(d)value adding along the productive chain exports and (e) the priority of accelerating employment?

We are greatly honoured by the invitation to join the Brazil, Russia, India and China grouping.

The invitation indicates the high regard with which our country is viewed internationally.

We will attend our first BRICS Summit on the 14th of April as a member, which will be held in Sanya, in the Hainan province of China.

We have also been invited to attend and address the 10th BOAO Forum for Asia on the 15th of April, an equivalent of the World Economic Forum’s Davos meetings, but focusing on Asia only.

This provides an opportunity to communicate our priorities as well as opportunities.

BRICS is an important grouping to be part of given the role of emerging economies in advancing the restructuring of the global political, economic and financial architecture into one that is more equitable, balanced and which rests on the important pillar of multilateralism.

We also see the Non-Aligned Movement and the G77 as important for South-South interaction, especially within the framework of the United Nations.

South Africa and BRICS member states already collaborate and will continue to work together closely in various international organisations and formations such as the United Nations, the G-20 and the IBSA Dialogue Forum.

All BRICS countries serve on the UN Security Council as permanent or non-permanent members. This augurs positively for enhanced cooperation efforts on issues of common interest.

In addition to BRICS, we also value our membership of the India, Brazil and South Africa group or IBSA.

This mechanism is important not only for enhancing our trilateral partnership with India and Brazil, but also as an important pillar for strengthening the muscle of the South in global affairs.

We believe that the IBSA will get a better balance, and become even stronger, with South Africa now as a member of the BRICS, more especially since the mandates of BRICS and IBSA complement each other.

It is important to note also that IBSA and BRICS provide a link with the African continent for the two groupings, and strengthens our position as a gateway to Africa.

The groupings offer a big lucrative market for our goods and services and lots of opportunities to implement our Industrial Policy Action Plan and the New Growth Path framework.

We will actively promote trade and investment which enhances industrialisation and promotes job creation.

We also cooperate as members in the areas of finance, agriculture, statistics, justice, development finance institutions, business development and exchange as well as academia.

New areas of cooperation within BRICS are being explored in science and technology, culture, sport, climate change and energy.

The scope is very wide to cooperate on various projects within the BRICS structures, in the areas referred to by the Honourable Member.