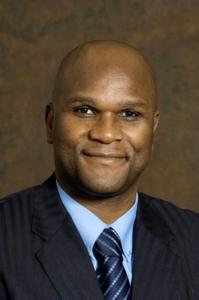 REPLY:
(1)At the end of May 2010 a number of 380185 dockets had been scanned.
(2) The e-docket system will not be fully functional by 31 March 2011. 1The South African Police Service is following a phase-in approach with the implementation. 1The successful implementation is dependent on the availability of suitable scanners, network capacity and resources. The network upgrading is however dependant on the commitment and support of a third party namely SITA. The SITA processes might however be a major role player in the success of this implementation.
(3) Not all police stations are currently utilising the e-docket system. 915 Police stations are not currently utilising the e-docket system.

However as I mentioned in my budget speech there is now a process that is being developed as part of the CJS review to address blockages and to speed up the roll of the e-docket system
(4) Note must be taken of the fact that this is a sub-project of the Integrated Justice Systems (IJS). Yes, the e-docket will be shared with other entities such as the National Prosecuting Authority, Department of Justice etc. The moment the police book a docket out to court all relevant case information will be made available electronically to the NPA. All scanned images of dockets and their contents will also be made available.

Reply to question 1863 approved by MINISTER