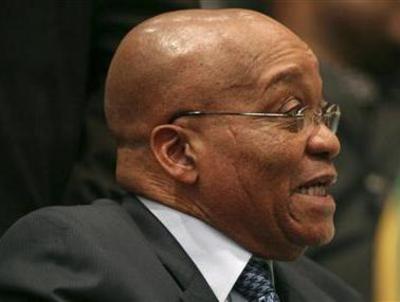 President Jacob Zuma will lead a high-level delegation to the Southern African Development Community (SADC) Troika meeting, which is expected to tackle the political and security situation in the region and SADC’s role in the DRC.

The meeting will be held in the Zambian border town of Livingstone on Thursday, the state BuaNews agency adds. It will be used as a platform to consolidate the African Agenda, deepen regional integration efforts and strengthen the regional governance structures of SADC.

The Troika Summit will be preceded by the Ministerial Committee of the Organ on Politics, Defence and Politics (MCO) today. South Africa will be represented by International Relations Minister Maite Nkoana Mashabane. The summit on Thursday will also report on the implementation of summit decisions, debate matters relating to the consolidation of democracy in the region, and consider progress reports on the security situation in the region.

South Africa will assume the chair of the organ in August. Its role as a member of the troika will include to collectively lead SADC in implementing its peace and security agenda and to give policy direction between the summits, BuaNews adds.

Meanwhile, African Union (AU) Commission chair Jean Ping and Arab League Secretary General Amr Moussa have held talks regarding the situation in Libya, according to a statement issued by the AU headquarters. Yesterday’s statement said that during the meeting, which took place during Ping’s visit to Egypt at the weekend, he briefed Moussa on the second meeting of the AU High-Level Ad-Hoc Committee and the Consultative Meeting on Libya held in Addis Ababa last Friday.

Moussa expressed concern about the ongoing hostilities in Libya, with special emphasis on the civilian casualties caused by the airstrikes carried out by western countries, BuaNews said. He informed Ping that the AU roadmap for resolving the Libyan crisis was under consideration by League of Arab States members. Before leaving Egypt on Sunday, Ping met African ambassadors based in Cairo and briefed them on the major challenges facing the continent, including Libya, Cote d’Ivoire and Somalia, and AU efforts to resolve these crises.

During his trip to Cairo, Ping met Egypt’s Interim Prime Minister, Essam Sharaf, and Foreign Affairs Minister, Nabil Al-Arabi, according to the statement.