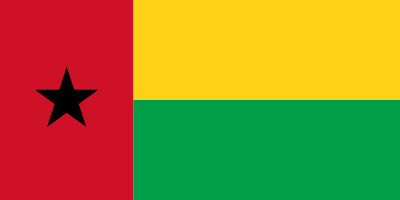 On 8 August, Indonesian Defence Minister Ryamizard Ryacudu signed a Letter of Intent (LoI) for establishing a defence cooperation agreement with his counterpart from Guinea-Bissau Eduardo Casta Sanha, who said he expects it to materialise into “concrete agreements in the military sphere”.

The two countries are expected to establish a Joint Working Group to explore opportunities for Indonesian exports and related technical collaboration and assess the priority activities that will be implemented first.

Diplomatic relations between the two countries are relatively recent, opening only on 12 December, 1996. But Jakarta officially considers it important to strengthen defence cooperation with friendly countries such as Guinea-Bissau “in the face of the increasingly complex geopolitical developments, regionally and globally”.

Defence Minister Ryacudu declared his government would like to see Guinea-Bissau’s military transformed into “a powerful army in Africa.” For its part, Guinea-Bissau expects Indonesia to provide support, training and equipment for the surveillance of the country’s maritime border and airspace. The Armed Forces of Guinea-Bissau consists of only 4 000 active personnel, and the multitude of small offshore islands made the country a favourite trans-shipment point for drugs to Europe.

Guinea-Bissau has expressed an interest in acquiring 2 60 m KCR-60 guided missile fast attack craft built by Indonesian naval shipbuilder PT PAL, which last month declared seeking official approval from its government. As such the cooperation agreement could be a way for Jakarta to secure military exports to the West African country.

But defence issues are also means for the two countries to open other fields of cooperation. Guinea-Bissau’s Prime Minister Embalo declared to be open to establish cooperation with Indonesia in various fields, and the business delegates accompanying the Indonesian Defence Minister noted the request for technical assistance by Guinea in the form of skills training in agriculture, livestock, cashew nut plantation and the tourism industry. And diplomatically Guinea-Bissau agreed to provide support for the nomination of Indonesia as a Non-Permanent Member of the UN Security Council for the period of 2019-2020.