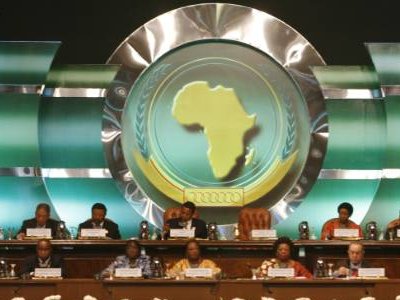 Women empowerment, development towards Africa’s Agenda 2063, security crises and the Ebola outbreak in West Africa will dominate the agenda of the upcoming African Union Summit at the AU headquarters in Addis Ababa, Ethiopia.

The 24th AU Summit, to be attended by Heads of State and Government including President Jacob Zuma, is scheduled to take place from Friday to Saturday.

The theme of the summit is The Year of Women’s Empowerment and Development towards Africa’s Agenda 2063, which was launched two years ago to transform Africa within 50 years into a developed continent.

The leaders will also consider the report of the Peace and Security Council on its activities and the state of peace and security in Africa, and the report of the Commission on the establishment of the African Centre for Disease Control and Prevention, among others.

Minister Nkoana-Mashabane said the AU chose the theme because the majority of citizens on the continent are women.
“More than 52% of the population of this continent are females. Women and children bear the brunt … of wars and instability,” she said.

The summit will seek to narrow the gender gap in the key areas of education, health, employment, leadership and representation on the continent.

She also confirmed that South Africa’s battalion in the African Capacity for Immediate Response to Crises (Acirc), which comprises contingents of up to 11 nations, is ready.

Minister Nkoana-Mashabane said the leaders of the 11 countries, which have volunteered battalions, will meet on the sidelines of the summit to decide where Acirc should be deployed.

She said she was confident that Acirc was more than ready.
“… This is not going to be waiting for the other usual bureaucracy… This is being done through the spirit of voluntarism and the countries that have volunteered come with the wherewithal.
“They put Pan Africanism, peace and security first. There is no way we can remain an Africa that is known to be on the rise if that which we achieve is undermined by insecurity,” the Minister said.

She said there can be no development of women on the continent without silencing the guns.

Minister Nkoana-Mashabane said the summit will look at further coordination of efforts, getting more volunteers and medical equipment to deal with the remaining stubborn areas where the Ebola virus is still a challenge.

The summit will also look at lessons learned in order to come up with strategies to deal with similar challenges in future.

Some pre-summit activities have already taken place, including the 8th Gender Pre-Summit on January 21- 22 and the 3rd Africa Risk Capacity (ARC) Conference of the Parties, which kicked off last Thursday and ended on Saturday.

The 29th Ordinary Session of the Permanent Representatives Committee (PRC) also took place last week. The PRC discussed items on the agenda in preparation of the summit, which was submitted to the Executive Council for adoption.

The 26th Ordinary Session of the Executive Council, attended by Ministers of International Relations, deliberated on the different reports of the ministerial meetings organised by the AU Commission during the last six months. The session ended on Tuesday.