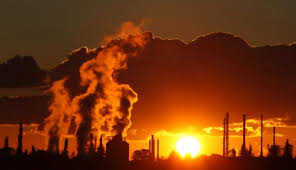 Ethiopian Prime Minister Meles Zenawi, who will represent Africa at next month’s Copenhagen climate change talks, said yesterday it was unlikely the world was serious about tackling global warming.
The United Nations summit in Denmark will try to agree on how to counter climate change and come up with a post-Kyoto treaty protocol to curb harmful emissions.
“It is highly improbable the world is serious about climate change and (will decide) to take effective measures to tackle it,” Meles told an economic conference in Addis Ababa. “But no one can say such an outcome is completely impossible.”
Meles has become Africa’s most outspoken leader on climate change and has argued that European pollution may have caused his country’s ruinous 1984 famine.
Aid workers say a five-year drought, worsened by climate change, is afflicting some 23 million people in seven east African nations, with Ethiopia worst affected.
Meles has demanded the rich world compensate Africa for the impact of global warming, and says the funding would help develop the continent’s agro-industries.
“Such a revival of the bedrock of Africa’s economies would revitalise our strategy for managing chronic poverty in the short-term while laying the basis for overall economic transformation in the long-term,” the prime minister said.
“Potential energy niche”
Poor nations want rich countries to cut emissions by 40 % from 1990 levels by 2020 to avert the worst effects of climate change. But many industrialised nations fear such cuts are out of reach, especially in an economic downturn.
Some climate experts have called for rich countries to pay up to $100 billion annually to counter the impact of global warming in Africa.
Meles, who also represented Africa at G8 and G20 summits of rich nations this year, said investment could help the continent provide clean energy to the world.
“If the decision to tackle climate change effectively were to be made, then Africa with its vast resources of renewable energy solar, wind, hydropower, bio-energy would have an important niche in the global market,” Meles said.
Power shortages are common in African countries, costing economies billions of dollars and hindering investment, even though natural resources are abundant.
Africa contributes little to the pollution blamed for warming, but is forecast to be hardest hit by its impact.
The Geneva-based Global Humanitarian Forum says poor nations bear more than nine-tenths of the human and economic burden of climate change.

The 50 poorest countries, however, contribute less than 1 percent of the carbon dioxide emissions that scientists say are threatening the planet, it says