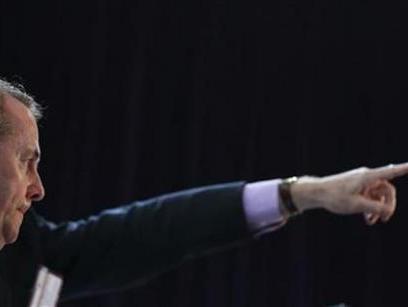 Defence Secretary Liam Fox is in talks with the Treasury over who will pay the 20 billion pound bill to renew the submarine-based nuclear weapons system, said the Financial Times.

Citing senior defence figures, the FT said the Treasury expects the bulk of capital expenditure for Trident to come out of the Ministry of Defence’s (MoD) core budget, reports Reuters.

By 2020 the cost of building the four new submarines could absorb up to 25 percent of the MoD’s purchasing budget, the paper said, citing unnamed defence officials.
“The risk is that if that happens you will end up with this hugely skewed defence structure – dominated by aircraft carriers, fast jets and Trident – which is only relevant for state-on-state conflict,” the paper quoted one official as saying.

The coalition government has said it is committed to replacing Trident but has launched a review into whether it can cut costs.

The MoD did not immediately respond to a request for comment.