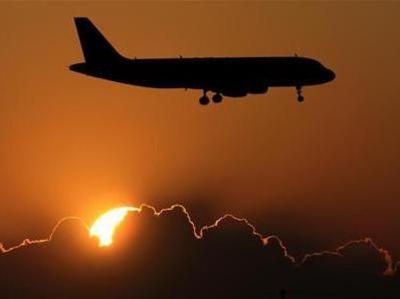 Dana Air said the plane had experienced no mechanical faults prior to it crashing into an apartment building in Nigeria’s commercial hub of Lagos on Sunday afternoon.

President Goodluck Jonathan has declared three days of national mourning starting from Monday for the victims, Reuters reports.
“The Federal Government has suspended immediately and indefinitely the operational licence of Dana Air for safety precautionary reasons,” Joe Obi, spokesman for the minister of aviation, said by telephone.

The privately owned Dana Air flight, a McDonnell Douglas MD-83, burst into flames on impact, killing everyone on board, as well as at least two people on the ground – a woman clutching her baby.

Nigerian emergency services were still pulling out bodies on Tuesday from the wreckage, their efforts hampered by heavy rains in the densely populated part of the sprawling city.
“There was nothing wrong with the aircraft,” Dana’s director of flight operations Oscar Wilson told local television station Channels TV, adding it had experienced no difficulties on a flight just before the fatal one.
“I am the pilot who did the (last) … operational test flight,” he said.

The Senate passed a motion ordering its aviation committee to “investigate the cause of the crash and ascertain the air worthiness of all other operating aircrafts in the country.”

The Senate also recommended that the director of the civil aviation authority, Harold Demuren, a respected aeronautical engineer, step aside pending the inquiry.

Demuren told Reuters he would not comment: “It’s a Senate motion and its up to the president to act upon it or not.”

Yushua Shuaib, spokesman for the National Emergency Management Agency, said it had been hard to distinguish between those killed on the plane and those on the ground.
“It’s very difficult because some of the bodies were burnt beyond recognition. We are yet to confirm the total number of deaths,” he said.

Air crashes are not uncommon in Nigeria, Africa’s second biggest economy, which has had a poor airliner safety record, although it had been improving. Sunday’s crash was the first major disaster for six years.

Tunji Oketunbi, a spokesman for Nigeria’s Accident Investigation Bureau, said the cause of the crash would not be determined until the black box, which had been sent abroad for experts to decode, came back.
“As far as we are concerned, we are still gathering information and cannot yet confirm anything,” he said.

National media have poured out tributes to the victims, publishing pictures of those killed, including young children.

Most of the dead were Nigerians, although an American family of six were killed, as were four Chinese citizens, two Lebanese and a French woman, officials said.