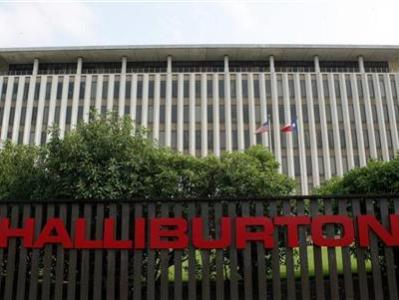 Nigeria’s anti-corruption police have raided the offices of the US oilfield services group Halliburton and arrested 12 people in a bribery case involving the former Halliburton unit KBR Inc, a spokesman said.

The US firm said the detentions, carried out on Thursday, had no legal basis and that its employees had since been freed.

Those detained in the raid, carried out with the assistance of armed police, included Giuseppe Surace, believed to be Saipem’s country manager, and Frank Pliya from Technip, as well as a mixture of expatriates and Nigerians, Babafemi said.

Halliburton said in a statement that its employees were not connected with the case, and that they had all subsequently been released.
“Nigerian authorities entered the offices of Halliburton in Lagos, ransacked the property, assaulted personnel and took a number of non-managerial employees into custody … this action had no legal basis,” its statement said.

Houston-based engineering firm KBR pleaded guilty last year to U.S. charges that it paid $180 million in bribes between 1994 and 2004 to Nigerian officials to secure $6 billion in contracts for the Bonny Island liquefied natural gas (LNG) project.

KBR and Halliburton reached a US$579 million settlement in the United States but Nigeria, France and Switzerland have conducted their own investigations into the case.

KBR split from Halliburton in 2007.
“The Halliburton oil field services operations in Nigeria have never in any way been any part of the LNG project, and none of the Halliburton employees have ever had any connection to or participation in that project,” Halliburton said.

A former aide to Nigerian ex-president Olusegun Obasanjo pleaded not guilty in October to six counts of money laundering in relation to the case between 2002-2003, including accepting $1.5 million in bribes.

His case was adjourned to December 16.